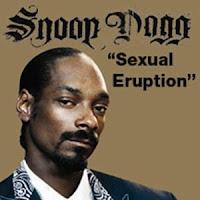 In an interview with the Guardian, big, stoned, crazy Snoop Dogg had the following exchange with his interviewer:

“The KKK gave Obama money.”
“Really?”
“YES… They was one of his biggest supporters.”
“I’ve never heard that.”
“YES. Why wouldn’t they be? The media won’t tell you that. They don’t want you to know that.”

WTF, dude is nuttier than DMX, who didn’t even know who Barack Obama was in an interview with XXL:

Meanwhile, Nas and Damon Dash are Obama fans, as is 50 Cent, who heard the senator’s speech on race and said, “I swear to God, I’m like, ‘Yo, Obama!’” Phew, glad that’s decided.