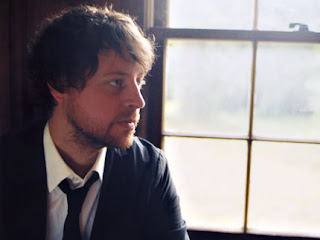 Does anyone remember why Ben Folds Five broke up? Ben went on to record some haphazard, occasionally great solo albums that, at their best, sounded like Ben Folds Five, and as far as I was aware, Darren Jesse and Robert Sledge just rode off into the sunset. Al Green said it, fellas — let’s stay together.

But I suppose then we wouldn’t have Hotel Lights, Jesse’s latest group, and we wouldn’t want that. (Nor would the Grey’s Anatomy soundtrack, apparently.)

Without Ben on the keys, new single “Firecracker People” trades in the pianist’s instrumental virtuousity in favor of the somber songcraft that characterized Ben Folds Five songs such as “Magic” — another Jesse composition. Indeed, “Firecracker People” sounds like an Autobiography of Reinhold Messner outtake, no small compliment — I just wish it actually was one.

Aside: I just found out that Ben Folds is on his fourth marriage, if Wikipedia is to be trusted. This kind of blew my mind.

(Firecracker People is due 8/19; here’s the band’s site; photo by Debora Francis)