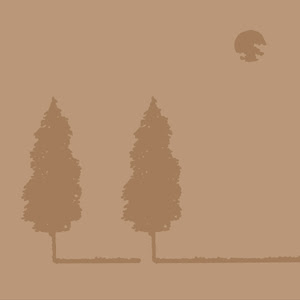 There’s always room for a little spook-rock on The Rawking Refuses To Stop! and Roommate‘s We Are Enchanted is our latest haunter. Kent Lambert’s doom-bringing lead vocals bear the same weird weight as those of John Vanderslice or Division Day‘s Rohner Segnitz, eerie and ghost-light but still forceful enough to be the center of attention. The band shares a number of musical similarities with those two acts as well, though the arrangements are more diffuse, less driving and chord-oriented.

The group weaves a subtle web of percussion, electronics and murky rock instruments like Grandaddy did circa The Sophtware Slump; on the string-laden “New Steam,” they sounds like Andrew Bird spending the night in a haunted house.

Like Grandaddy, the band deals in science fiction and the stuff of nerd nightmares while maintaining a serious air: “Tea Leaves” depicts a break-up that interrupts the narrator’s world conquest, oddly bringing to mind Thanos killing half the universe to win the love of Lady Death during Infinity Gauntlet. But I’m probably just free-associating.

(We Were Enchanted is out now on Plug Research)