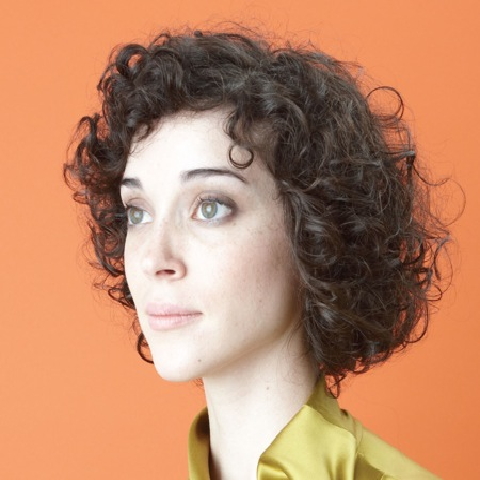 St. Vincent’s Marry Me was one of the biggest surprises of 2007, a surreal, gritty art-pop record painted in bold, Warholian hues. From the sly beauty of its Arrested Development (and New Testament)-referencing title track to the bruising bass drum assault of “Your Lips Are Red,” it proclaimed the arrival of the saint herself, Annie Clark, as not an emerging artist, but a force to be reckoned with — a musician equally comfortable as coffeehouse chanteuse, rock goddess and studio avant-gardist.

From single and opening track “The Strangers,” it’s immediately clear that Clark’s sophomore album, Actor, is not more of the same.

The songwriting, focused and tack-sharp on Marry Me, is more nebulous here, verses drifting into choruses and savage guitar breakdowns trampling over would-be transitions. It makes the album a slippery piece of work and one less immediately rewarding that Marry Me — but given time, its predecessor’s equal. Annie hides headphone Easter eggs throughout and proves herself once again a sonic individualist — filtered drums, pedal-warped guitars and synthesized choirs fill up the songs with sounds alternately red-lining and silky.

As mood goes, her wry sense of humor, evident across Marry Me and in her interviews, has turned negative. “The Neighbors” finds her asking, desperately, “How can Monday be all right / then on Tuesday, lose my mind / tomorrow, some kind of stranger that I’m not supposed to see?” The line reflects the fractured nature of the surrounding sonics (here, the track’s dichotomy of sweet vocals and guitar tumult), but it’s just a piece of the puzzle, as themes of outsiders — strangers, neighbors, parents, unfriendly friends — peering in abound. And yet, as Clark later realizes, self-awareness can be even scarier. “Just like an amnesiac trying to get my senses back / (oh, where did they go?),” she sings in a call-and-response couplet on “Laughing With a Mouth of Blood” before relinquishing herself to the Otherness of the void: “I can’t see the future but I know it’s got big plans for me.”

There’s a lot of Radiohead in Annie’s work — her layered guitars and lead lines evoke Johnny Greenwood’s inspired style, and the keyboard choirs especially recall a similar effect on tracks such as “Lucky” and “Exit Music (For a Film).” An album both drowning in paranoia and musically fearless, St. Vincent’s Actor might be OK Computer‘s spiritual heir. Whether it will match that album’s landmark status is a trickier question, but this year, at least, Actor towers above the rest.