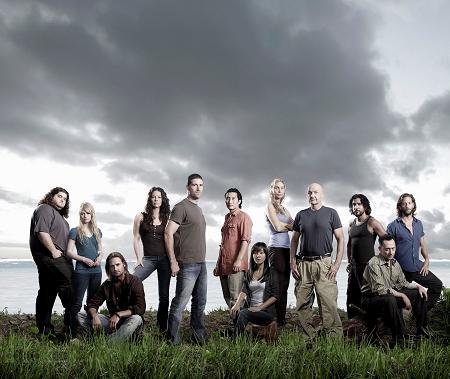 This is going to be a little free-form. There might be unintentional spoilers. Indulge me, folks, this shit is bananas.

What I Think Will Happen: In 1977, Kate spills the beans to the Dharma dudes and she, Juliet and Sawyer manage to escape and venture back into the jungle to stop Eloise, Richard, Jack and Sayid from detonating the bomb. They delay them long enough for “the incident” to happen; Richard sees, or seems to see, our Oceanic pals get killed. However, (theory!) maybe The Incident affects the Island’s fragile grasp on the space-time continuum and zaps Jack and company back to the future and/or opens the opportunity for Locke/somebody to rescue them. People will probably die here, which will be a bummer because I like everybody. Way, way more after the jump…

I think it’s become abundantly clear this season that what happened, happened — Jack is not going to be able to change the past and erase the future so next season can play epilogue or an Age of Apocalypse-style alternate timeline (which, let’s be honest, would be totally shitty for fans in addition to sidetracking, oh, everything interesting that’s happened on the show. They won’t do it.). The only real change that’s occurred is Daniel’s interaction with Desmond, who is very quietly the focal point of all the time-travel stuff — and, notably, the change didn’t process for Desmond until the future, when he and Daniel were on a concurrent time-line (with regard to their own lives/forward motion through time). Make sense?

Desmond’s actions since have thrown things out of wack: Was Ben supposed to go to back? Why can Eloise no longer predict the future? Because she’s come full circle or because of Desmond? Her interaction with him before everyone went back to the Island still basically makes no sense — it’s hard to tell if she’s expecting him, surprised to see him, or doesn’t think he’s important. I’d guess she doesn’t know Daniel contacted him during his trip back to the Island, which has now altered things beyond her expectations, but again, it’s impossible to say. I do think that whatever happens during this episode in 1977 will give her reason to send Daniel there 27 years later to make sure it happens again — or perhaps the reason all along is her encounter with him in the ’50s, which saves the Island from the bomb. Moving on:

In 2007: Locke meets Jacob. Some context: I wish we could draw a better distinction between The Island, the smoke monster, the walking, talking dead people and Jacob. Are they four separate entities? My guess is, judging mainly by Locke’s experiences, the Island manifests itself as/controls Smokey and the dead people. Jacob is something else entirely. Remember how he told Locke, “Help me?” There’s been a lot of guessing that Jacob is Jack, or Christian, or anyone but himself. It seems he almost has to be tied to the Shepard family, though we have seen Jack’s grandpa, who was thrown into an episode very suddenly and strangely. My guess is, regardless of who he is, he’s someone who’s come unstuck in time — this is why he only appears haphazardly and needs “help” — and has developed some powerful abilities, but is a separate entity from the Island. Whether or not they have divergent interests remains to be seen, but if Locke really wants to kill him and he’s taking his orders from the Island itself, that may be the case.

Buuuut before he can do this, I bet Locke runs into our pals from the Aijira Airways crash, who we know are 1) Not working for Widmore, 2) probably not working for Ben, given that he didn’t seem to recognize them, 3) violent and crazy! Which makes them a wild card, and an intriguing one because it’s being heavily hinted that they know something about the four-toed Egyptian statue (“What lies in the shadow of the statue?” is their calling card) and thus the nature of the Island — that said, if they’re the third party they seem to be, it’s pretty late in the game to introduce new players/villains and have it not feel like a cheat. At any rate, Locke/the Others dispatch them (for now) and Locke finally meets with Jacob, which either results in a cliff-hanger or some wacky time-travel involving the Oceanic 6. This may or may not resolve what I think is the show’s most perplexing current question: We know now that the directive to bring everyone back to the Island comes from Future Locke to Past Locke — but why?!? (Does Christian tell him this as well? I can’t remember.)

What Probably Won’t Get Resolved Now Or Next Season: Let’s be honest, anything that happened before Season 3. In order from Least Likely to Most Likely To Get Resolved: The “Adam and Eve” skeletons at the cave; Walt having psychic powers; Libby, particularly her connections to Hurley; what the hell the Others were doing in the three years Locke and everybody were “gone”; what the hell happened to the rest of the Oceanic 815 people who were presumably time-shifting, like Rose and Bernard; the four-toed Egyptian statue and the Island’s Egyptian connections; the Black Rock; who the Hell Richard Alpert is (my guess: a long-lived Egyptian castaway). Additional issues: We can probably assume that Ben and Eloise know each other. Does she stay on the Island after Ben banishes Widmore/the Purge? Is this how she finds the Dharma station that can track down the Island? Why did he need to know he needs to find her from Locke before he killed him?

The big question is: Where does the show go from here? Unless they do manage to change things in the past (nope), Jack etc. will all either die or more likely, leave the era and return to the future, which we can be pretty sure of because Ben returns to the Dharma Initiative at some point and doesn’t remember them being there. I imagine they’ll wrap that up on Wednesday, which leaves us basically with: 1) Widmore still wants the Island 2) Locke vs. Ben vs. Jacob vs. Richard for the purpose of God knows what and 3) The “Shadow of the Statue” dudes, unless there’s a 4) Season Finale GAME CHANGER. Right? I love this show, guys. I’m rooting for it. Post your theories in the comments.

Update: Another wrinkle — according to Parade, Claire (Emile de Ravin), who may or may not be dead, is coming back for Season 6. “I’m really looking forward to going back. I’ve had a wonderful time being able to express myself creatively in different ways [during this Season 5 absence]. I’m looking forward to seeing everyone again and, being the last season, I’m thinking it’s going to be pretty exciting,” she said. 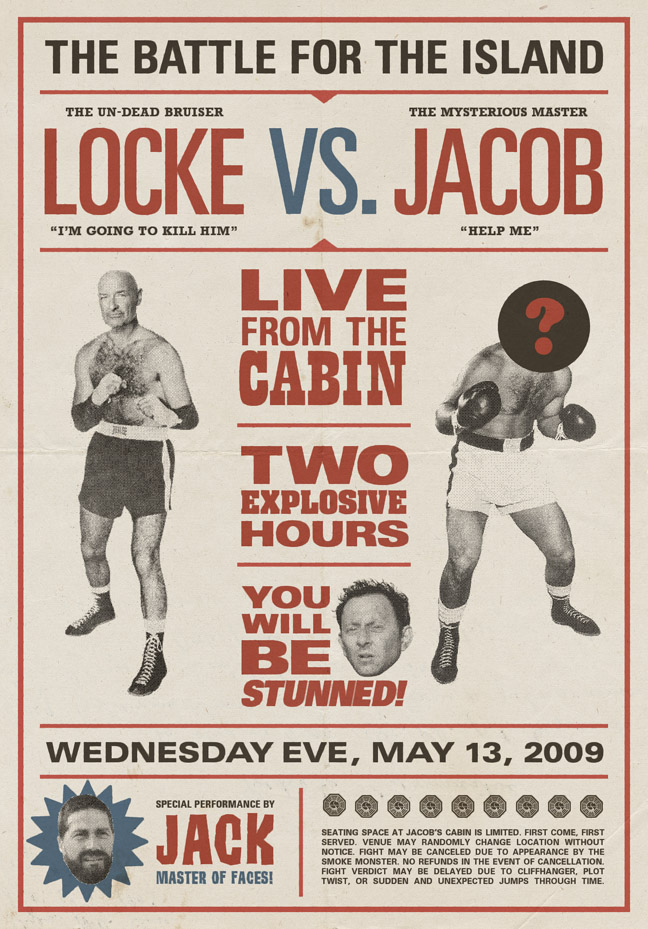