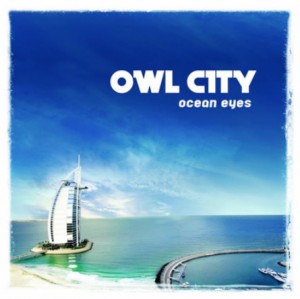 I’ll confess I’m often mystified by the songs that top the Billboard charts, but I think I have an explanation for the popularity of Owl City, the band with the current No. 1 song in the country. In a column for the UCLA Daily Bruin in April 2006 (prescience!) I wrote:

Most of the UCLA edition makes sense – real-life Californians like “The O.C.” less than the rest of the country, especially after the train wreck of the last seven episodes or so. Not that I’m keeping track. And being the discerningly hip viewers we are, we love “Arrested Development” and “Eternal Sunshine of the Spotless Mind.”

It’s the music front that throws me off: Apparently, four years later, The Postal Service is still one of our collective favorite bands… There was something in the marriage of Gibbard and Jimmy Tamborello (aka Dntel) as The Postal Service which captured a strange cultural zeitgeist. Previous to 2002’s “Give Up,” Gibbard’s might-as-well-be-emo vocals had been constrained by Death Cab’s low-budget indie rock. But he found a better backing band in Tamborello’s Playskool IDM. A few electronic beats and cheeseball lyrics later, The Postal Service had captured the hearts of anyone looking for an indie alternative to the ironic masculinity embodied by The Strokes.

I say they were in the right place at the right time. “Such Great Heights” is a great song, but a novelty one, and anyone in possession of the next Death Cab album or Dntel’s other projects would likely agree…

More importantly, the band was a side project. The duo hasn’t really recorded since, and there were plenty of equally popular albums in 2002 that hold up better today: Wilco’s “Yankee Hotel Foxtrot” or Interpol’s “Turn on the Bright Lights,” for instance. So what gives, fellow Bruins? Did we all just forget to update our profiles?

I still don’t have an answer to that question, but I should’ve known this was something to worry about. Owl City is the product of 23-year-old Adam Young — in other words, a dude the perfect age to have had the Postal Service in his Facebook profile from 2002-2006. On “Fireflies,” his No. 1 track, it sounds like he’s still listening: the synth melody is a slightly skewed mirror image of “Such Great Heights,” the vocals borrow Ben Gibbard’s vowel-loving enunciation and his polite syntax (“You’d think me rude”) and even the chorus bites him, too — “I’d like to make myself believe” vs. Gibbard’s “Clark Gable” chorus of “I want so badly to believe.” Eight syllables each.

At this point, I don’t think I even need to say “fuck this plagiarizing hack.” I guess I’m just surprised this didn’t happen sooner, but given the Garden State generation’s imminent coming of age, we’re probably in for more. Don’t say I didn’t warn you!