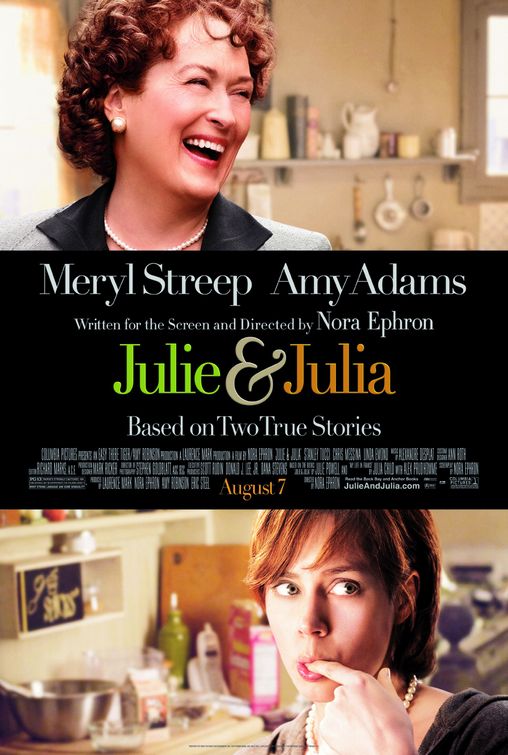 There’s something to be said for a movie in which nice things keep happening to charming people, as is the case in the dual biopic Julie and Julia. When it happens for two hours, fatigue sets in. Not to mention hunger.

Nevertheless, the film — the twin stories of blogger Julie Powell (Amy Adams, underrated as always) and the needs-no-introduction Julia Child (Meryl Streep, romping about like a Golden Retriever) — is tasty enough despite its extra minutes in the oven. It’s a relief to see a biopic without the shadow of drugs and death and, as a blogger myself, keenly satisfying to see the Wild West of the 2002 blogosphere and one of its brave frontierswomen put to film with wit and context. Now, if you’ll excuse me, there’s a boeuf bourguignon calling my name.