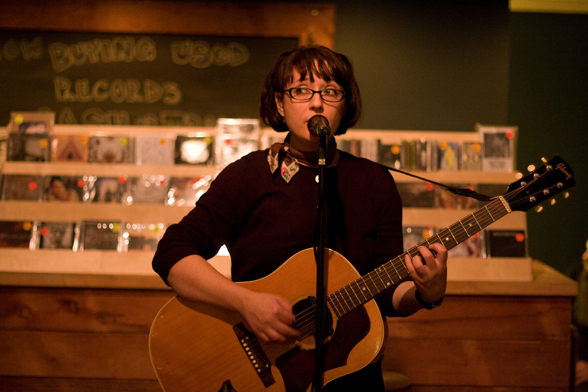 And you thought SXSW was a wild week. This weekend’s concert action kicks off today with Aquarium Drunkard, The Echo and KXLU’s “Waved Out” all-ages festival at the Echo and Echoplex, featuring Surfer Blood, Best Coast, Dirt Dress, Gamble House, Active Child and a full array of interesting upcoming acts. The inaugural effort kicks off at 3 p.m. for a mere $12.

On Sunday, twee gurus are in for a treat: Aussie songwriter Guy Blackman, the Crayon Fields (who were ace in Austin) and the Finches will all play an afternoon gig at the Echo Curio at 3 p.m. The show should wrap up just in time to make your way over to the Echo for the totally insane SLumberland Records 20th anniversary show, which features modern indie-pop winners Pants Yell! and Devon Williams as well as, incredibly, a reunion show from Rose Melberg’s Go Sailor and fellow ’90s icons Henry’s Dress and Boyracer — and four other bands! Having seen Rose, one of my all-time favorite songwriters, twice in L.A. last year after her decade-long absence from our fair city, having her back once more seems almost too good to be true. (Softies reunion in 2011? Fingers crossed!)