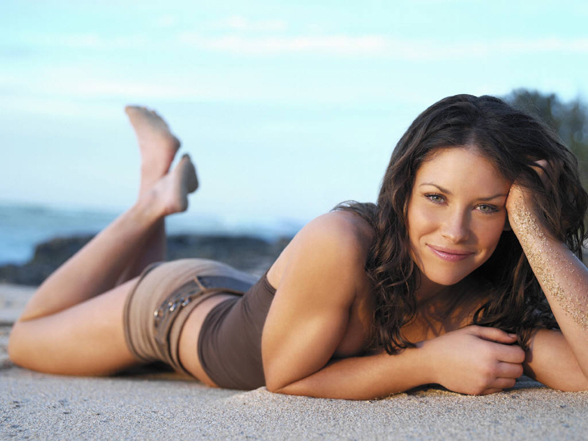 Few things in life sting more than a sour end to a long relationship, pulling inside the curtain to reveal your lover as a wizard of lies, cheating, heartbreak. I’m talking, of course, about myself and Lost. I’ll admit, I’ve changed, too. Our first time together was in December 2004, a few short months after the show’s September premiere. Over two days of sweaty marathon sessions, I watched 11 episodes and fell passionately in love. I watched them, I should note, on a DVD-R burned from ripped episodes gleaned from Bittorent. Hulu – and YouTube! – was then about as realistic a possibility as a flying car.

I was in college then, a sophomore months removed from the loss of my virginity and still yet to discover “blogging.” I was optimistic; I was listening to a lot of Wilco. In the 5-and-a-half years since, I dumped one girlfriend and moved in with a new one; watched journalism, my chosen profession, suffer one subarachnoid hemorrhage after another (get well soon, Bret); saw indie rock, my chosen musical genre, explode into something suddenly popular and exciting but increasingly unwelcoming; and after two years in the working world observing the inner corridors of entertainment news, turned what most would call cynical. (I prefer “pragmatic.”) But a lifetime of comic book reading, thank God, has let me retain some semblance of a sense of wonder, and I’m still amazed by a great album or a vividly imagined film or, to return to our subject, an endlessly intricate television show. I’m no angel, but Iet me be perfectly clear: it’s Lost that’s done me wrong.

From its inception, Lost has been a show about binaries: fate vs. choice, faith vs. science, Jack vs. Locke, good vs. bad, black vs. white. Many of its fans grapple with their own duality: mysteries vs. characters. Is “Lost” a show about Jack’s Daddy issues or one about electromagnetism? In its best moments, the show has embraced both sides; in season 6, it has satisfied neither. My concern is less with what the mysteries mean than that they mean something; that the episodic tangle of twisted threads all ties to one knot, not a beach strewn with red herrings. The Others’ fascination with Walt; the island-goers’ troubles with pregnancy; the source of John Locke’s visions; Desmond’s time traveling; the Swan Hatch’s post-button existence; the Dharma Initiative in general; anything that happened in season 5; I’d love for any of it to be properly explained, though I know it won’t be.

I’d be at peace with not knowing if, like Lord of the Rings or Star Wars, the steps along the way felt like myriad elements of a grander world – not the product of a spit-balling writers’ room. The characters have hardly received better treatment over the show’s final weeks, with the ones that haven’t been killed off left to scramble about the island, fighting for causes they can’t understand as their disconnected alternate reality counterparts make their actions feel moot. Instead of tension and release, Lost gives us build-up and abandonment, like an orphan ferried from home to home at his prospective parents’ whims. The show’s great trick over the years has been to raise the stakes at every turn, so that one dominant arc – Claire’s strange baby birth, for instance, or Walt’s kidnapping, or the existence of one fascinating hatch after another – falls away to one that feels more viscerally important, whether or not resolution’s been reached. In season 6, Lost has pushed so hard and so high that this year’s dramas – warring demi-gods moving our heroes like black-and-white chess pieces! — seem forced, even silly. It’s hard to imagine the weight of a writer’s pen more than in episodes such as “Sundown,” where a whole temple of new characters – the subject of a third of the season’s investment – are cleared out like a basket full of crumpled-up plot notes.

Lost’s dilemma is this: to answer every question with “what” and “how,” as its final season has intermittently done, still leaves the Everest-tall topic of “why.” It’s the “why” that worries me. Last week’s episode, the mythology-explicating “Across The Sea,” is the best (worst?) microcosm yet for the season’s failings. Consider: in a show aligned on binaries, Jacob and his nameless brother arrive, respectively, in white and black towels, with hair and eventual clothing and gaming accoutrements to match. The symbolism is painfully clear. And yet, we learn that the two soon-to-be battling brothers are painted in shades of grey. Jacob, far from the all-knowing Judeo-Christian god he’s appeared to be over the course of the show, is naïve, trusting, a follower – even passive-aggressive. He rages against his sewn-lipped adoptive mother but accepts the responsibility of the island’s protection because… he must? Meanwhile, his brother attempts to understand, to examine, to lead, to attain the freedom to return to his homeland; in other words, to follow the admirable morals of series creator J.J. Abrams’ own adoption, the Star Trek franchise, so eloquently defended by William Shatner over dozens of the original series’ episodes. But to boldly go back to Lost: our Man in Black’s goals are quite the opposite of evil; still, his reward is to commit murder and find his humanity itself stripped away, his spirit locked for all time in his own personal hell. Remember our binaries – fate vs. choice. “Across The Sea” finds both its believer and its scientist realizing that neither option will work. The answer, the episode seems to say, is that there are no answers. If you hear that sound, it’s six seasons of seeming purpose shattering into a million pieces.

The “flash sideways” reality, where Oceanic Flight 815 never crashed, has only further consigned the series to murky grey. Each season of Lost has run parallel to itself, with a flashback or flash-forward or season 5’s time travel in some way illuminating its characters’ present lives and motives through revelations and comparisons. Yet, in the alternate reality apparently rendered by Juliet’s triggering of the nuclear warhead in 1977, these epiphanies are unclear. Without, we assume, the island or Jacob’s influence, Jack has a son and thus shelved his issues with his father, and Hurley has learned to believe he’s lucky – not the opposite. On the other hand, Sayid, rather than triumph over his past to find true love (only to lose it again, duh) as he did on the island, remains tormented; Sawyer, a do-gooder cop instead of a con-man, is also a slave to his past. Kate remains a criminal on the lam. What does this reveal about what Jacob did when he touched them? What happened, happened? Or didn’t happen? Or might still? If there’s a consistent message in these vignettes beyond “Across The Sea’s” thesis – there are no answers, and by the way, life’s not fair – I’d love to hear it. In non-existentialist bullet points.

There’s plenty of Lost left, in fairness, but even if the show’s final two and a half hours wrap up everything in a neat bow on Sunday night, it’ll be hard to forgive the slog the last four months have been. Beloved characters have been turned to crazed zombies (Sayid, Claire), made possible saviors for an hour then dumped into wells (Desmond) or worse, left to blow on the dying embers of a love triangle that’s been heated up and doused out on a weekly basis for years (Jack, Kate and Sawyer). Sigh. We’ve had some good times, Lost. Really, we have. And I’m going to miss you. But right now, I want you to get the hell out of my house and — what? No, that’s totally my Morrissey album.