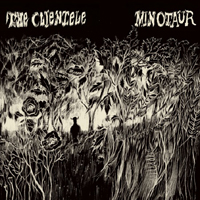 At this point, The Clientele has proven itself the most reliable band in chamber-pop: nearly ever year, like clockwork, the band issues another set of lingering guitar arpeggios, hushed but yearning vocals and daydream philosophizing that you’ll want to clutch to your ears until the London-band issues its next installment. The group’s next outing is the mini-album Minotaur, the follow-up to 2009’s psych-tinged Bonfires On The Heath; it is, as we’ve come to expect, thoroughly excellent — I’ll let the single speak, softly, for itself.