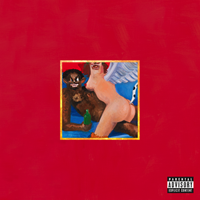 Say what you will about Kanye West — chances are you already have. The iconoclastic musician has become the most polarizing figure in music, mainstream or otherwise. Especially now, when Glee headlines show up on Pitchfork and Twitter and Facebook make it harder and harder to retreat into the niche safety of our favorite corners of the Internet, it is all but impossible not to have an opinion on Mr. West, first, and his music, second. We could talk about his Twitter account, his Roman Empire hedonism, his ongoing soap opera with former presidents and popular young country singers and how all of that makes people — you — feel. Annoyed, probably. So can we separate the man from the music? Or should we even try?

In 2007, I wrote an essay titled “Why Kanye West is the Most Important Artist on Earth.” I believe that now more than ever. My Beautiful Dark Twisted Fantasy, more than any of his previous albums, is his attempt at a unified piece of art — a classic rock-style song cycle. 808s and Heartbreak, underrated in some circles but beloved by others (this writer included), was an attempt at that, but this album is both more ambitious and, crucially, more successful in fulfilling that ambition. It’s not a concept album in the Tommy sense, but Fantasy, as its title implies, tells a story: West’s own. Unlike Taylor Swift’s vaunted diary-page lyrics, it avoids the specifics of his recent history in favor of charting an emotional narrative.

Fantasy deals with the perils of fame, and worse, the perils of being West. “The plan was / to drink until the pain over / but what’s worse / the pain or the hangover?” he wonders in “Dark Fantasy,” after an immense choir-sung chorus sets the stakes: “Can we get much higher? / so high.” “Power” relishes in the rapper’s abilities, musical and otherwise: “At the end of the day / God dammit, I’m killing this shit,” he brags, before puncturing his own balloon: “How’s Ye doing? I’m surviving / I was drinking earlier / now I’m driving.” The gap between West as uber-popular musician, whose songs soundtrack the lives of millions, and West as a solitary ruined human is tragicomic territory he explores with Columbus-like desperation.

At first, “All of the Lights” seems all major label glitz, opening with triumphant horns and a huge Rihanna hook. But the “fast life” of Ye’s chorus part crashes into the realities of his verses: a cheating girlfriend, prison time, a lost daughter and the death of a previous carrier of the light — Michael Jackson, whose own conflicts don’t need a recap. “Monster” again looks to the fans for validation: “I’ma need to see ya fucking hands at the concert,” despite his less applause-worthy acts. “Runaway,” driven by a lonely repeating piano note, offers a self-aware “Toast to the douchebags.” “I could have me a good girl and still be addicted to them hoodrats,” he explains, the punctuation on an album full of meaningless sex (“So much head I woke up in Sleepy Hollow”) struggling to fill personal voids. He attempts, mostly successfully, to tie his own struggles to broader ones, with God and the devil making frequent appearances in the album’s second half as the narrative comes to a close. His lyrics are at times too obvious or too ridiculous — a “Napolean Dynamite” reference in “Monster,” for one, is a few years too late — but for the most part, West’s self-portrait is as thoughtful and painfully honest as it is full of braggadocio and belligerent swagger, fully acknowledging his array of internal contradictions.

The complexity of embracing our hyper-famous tragic hero is eased by the sheer fucking impressiveness of the music. Months of effort and millions of dollars were put into the recording of My Beautiful Dark Twisted Fantasy, a rarity in the crumbling major label world, but West is one of a handful of artists who can command those resources and arguably the only one to use them wisely. Despite his embarrassing recent public praise of Coldplay over the Beatles, Kanye has remarkable taste, from his samples to his segues to his collaborators. This is the key ingredient in Fantasy, and West’s overall career arc: He is the rare musician with a commercial Midas touch and the blockbuster budget that comes with it, the ambition to push both his art and career forward and the music for all of that to matter.

The album draws on so many sounds — the almost Dre-like melodic shifts of “Dark Fantasy,” the post-Edan psych-rock beat of “Gorgeous,” the warbling “Kid A” vocals in the background at the beginning of “All of the Lights,” the back-breaking thump of “Monster” and lovely chamber orchestration of “All of the Lights (Interlude)” to the Black Sabbath referencing of “Hell of a Life” — and are blown up to such cinematic heights that to consider them all is dizzying. The same could be said for the laundry list of collaborators, from the obligatory Jay-Z verses to typically great work from Clipse’s Pusha-T to Nicki Minaj’s O.D.B.-channeling, game-changing explosion on “Monster.” But West gives us time to take it all in, allowing the songs to stretch through outros and segues and long past the three or four minute mark. The single versions of these songs are out there, if you want them, but — again, with a few exceptions (Chris Rock, barf) — the album’s consistently propulsive enough to earn its considerable length.

West gets criticism for wanting to be the greatest of all time — where he lands on that list is arguable, but how many artists have the confidence to voice that, much less aim for it? When did the false humility of mediocrity become praiseworthy? A decade after albums like Kid A and The Moon and Antarctica (and lower-budget answers like Grandaddy’s The Sophtware Slump) the level of ambition to construct a widescreen classic has evaporated from much of the indie rock scene; the number of albums that have even attempted to scale the heights of Yankee Hotel Foxtrot or You Forgot It In People, even as the genre rises to new commercial heights, can be counted in the handfuls. 2010’s been a fine year full of plenty of near-perfect tracks and promising acts, but Radiohead’s worst new song still makes most bands sound like toddlers in toilet training.

But the art-rock underground as a whole is less a reaction to the mainstream than it is merely a lower level of it these days, thanks to shifting record sales, the Internet and any number of applicable buzz words. Money alone can’t make a great album (usually the opposite), but the demise of record sales and the rise of middle-class independent artists unfortunately means more touring and less cash to pay for actual recordings — studio time, mixing, mastering, all the things that make Fantasy sound like a wrecking ball swinging down Chillwave Street. West’s music has different aims from that of Neon Indian or Washed Out, though — he wants to be the best. And he is.