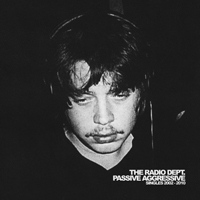 I was expecting the Radio Dept.’s Passive Aggressive: Singles 2002-2010 to serve as a Belle & Sebastian Push Barman-style compilation, but instead, it’s sort of a greatest hits for their multitude of singles and EPs. So we get “Pulling Our Weight,” but not that EP’s other four tracks; Annie Laurie‘s title track and “Taget,” but not the spiky “Falafel.”

The absence of certain songs in the 2011-due set seems weirder given the presence of a number of album tracks (“Ewan,” “The Worst Taste in Music,” “David,” etc.) also, yes, released as singles, so this is half a little disappointing, half encouragement to pick up their various (extremely worthwhile) EPs. The full track list after the jump. Oh, and by the way, the band is playing the El Rey on February 16 and I am already waiting in line.

01 Why Won’t You Talk About It?
02 Where Damage Isn’t Already Done
03 Annie Laurie
04 Ewan
05 Pulling Our Weight
06 This Past Week
07 The Worst Taste in Music
08 We Made the Team
09 Bachelor Kisses
10 Freddie and the Trojan Horse
11 David
12 Heaven’s on Fire
13 Never Follow Suit
14 The New Improved Hypocrisy