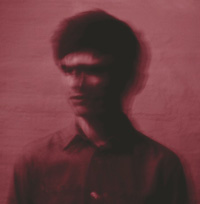 After a trio of 2010 EPs, British musician James Blake’s first proper album falls just short of a great debut. The sound is pure seduction: electronics swirl and climax around repeating phrases as his vocals blend soulful weight with filtered futurist gloss, “Lost in the World” remixed for xx fans. The production is minimalist, as is the songwriting: few tracks offer more than a line or two or lyrics and often evaporate into nothingness toward the end of their runtime. If, say, Warpaint’s songs are translucent, these are glass windows, with little more than the glare of the light to warn you they’re there at all. Though the blogosphere is likely to fire off new genre names at this one (post-dubstep, blake-gaze) like crusaders storming Jerusalem, Blake’s DNA descends from Atlas Sound, Hercules & Love Affair, Jamie Lidell, etc.

The problem is his predecessors did (and do) it better. Tellingly, it’s the album’s least experimental moment, his cover of Feist’s “Limit To Your Love,” that’s its most satisfying. His Steve Jobs-rich voice soaring, he and a piano offer, briefly, clarity and pop structure. James Blake is is a record of synthesis: skyward-looking experimentation matched with earthbound blues, but too little of the latter leaves the rest orbiting aimlessly. Blake’s certainly talented and full of ideas, but like an untested actor, he needs direction — the guidance of a Bradford Cox or a David Sitek behind the boards could’ve added polish and vitality to an album that, as is, glimmers like a diamond in the rough.

James Blake – Limit To Your Love