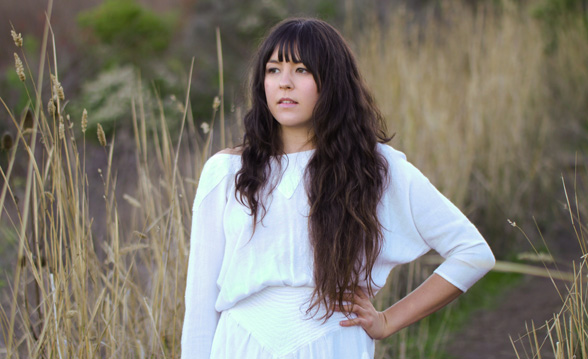 Pals, it’s time to add Chloe Makes Music’s “The Duel” to your ongoing 2011 female-fronted folk playlist. (You have one of those, right?) The San Francisco singer’s latest single is a collaboration with the Morning Benders’ Chris Chu, who produced her upcoming album, The Puppeteer. (Chu, apparently staking out a second career, also produced excellent L.A. indie-pop kids So Many Wizards recently.) He plays it cool vocally on “The Duel,” leaving Chloe the showier role as acoustic guitars and cello dance around her. Her voice is damaged but hopeful, a teenager finding love again after a first heartbreak. Hearing this, you might, too.

Buy/stream the album in full after the jump. (Update: The Bandcamp player is down, hopefully it comes back shortly.)