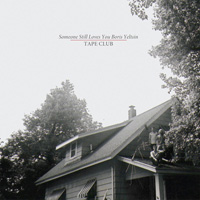 Someone Still Loves You Boris Yeltsin slept on my floor once. I begged them to teach me the chords to “Pangea,” a track from their then-fresh debut album. We played some other songs that night (there was a glorious Radiohead sing-a-long) but the band had to pass out before another day in the van. Had we had more time, we might’ve plumbed the archives; instead, I’ll dream of what might have been with Tape Club, a career-spanning collection of demos, outtakes and tracks that didn’t quite make their three studio albums. It’s ramshackle and charmingly amateurish like the best indie-pop, at times revealing the group’s ’90s emo influences and turning to ’50s sweetness at others. Whatever the era, it sounds pretty amazing right now.

(In a Christmas miracle, Tape Club is $8 on Bandcamp; the hard copies arrive Oct. 18 on Polyvinyl)

Stream the set in full after the jump.