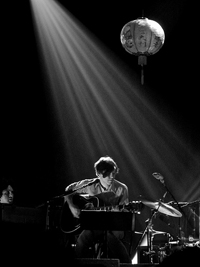 With his Vampire Weekend covering days behind him (?), Ryan Adams’ next record will be the Glyn Johns-produced Ashes and Fire, per a new Q Magazine interview, on his own Pax-Am label. Judging by the intimate performances of his recent solo tour, Stephen King’s going to love it. No release date yet, but I’ll obviously keep you posted — DRA’s playing a Seattle show in October, which hopefully means more fall/winter dates, too. Unfortunately he says he’s “decided not to share” any additional output for the moment, which means we should keep crossing our fingers for an archival box set before the Mayan apocalypse.