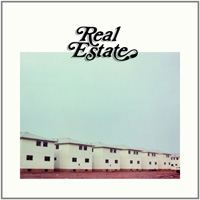 The great unspoken critique of the 2011 music scene is how much anger, hype and ink has been spilled upon such harmless music. Don’t we have anything better to talk about? Nope: the most groused-over artist of the last month has been Lana Del Rey, a likable enough chanteuse whose most notable act has been to allegedly imitate Heidi Montag. Artistically, there’s nearly nothing to separate her from artists like Lia Ices or Little Scream, whose “The Heron and the Fox” tops Del Rey’s “Video Games” by a harmonized hair; where are the GQ interviews and Hipster Runoff muck-rackings for them? Before her, Girls earned a staggering 9.3 from Pitchfork for an album that could’ve been released alongside this year’s raft of Buddy Holly tributes without anyone noticing. Opinions of even the most average act have been pushed to nose-bleed extremes, and not for any musical reasons; the middle has become where the cultural capital of buzz bands and the people who care about them goes to die. It’s equally damning that the year’s other most polarizing act — snot-nosed L.A. rap collective Odd Future — makes records so far removed from the indie twittersphere’s day-to-day listening habits that there’s no way to account for them except to admit that we needed something to argue about because indie rock stopped trying. Where’s this year’s Moon and Antarctica or Kid A or, hell, Illinois or Bitte Orca? Destroyer’s Kaputt comes closest, though it’s less ambitious than it is wonderfully out-of-character.

Real Estate’s Days is not that record. It’s all the more successful for not wanting to be. Like its easy-listening peers, it’s drawn any number of bizarre, unjustified critiques — Spin poked fun at it for not wanting to be “unchill” by “rocking” (they say chill cabin bro Bon Iver, on the other hand, “cultivates an enchanted atmosphere”), while Dusted (“What’s Dusted?” — Everyone) called out the band for creating “the most dangerous kind of album that can exist at this time” and rambled on about its apathy and heartlessness.

These problems, rock writers, are your own. One’s appreciation of Days will come mainly from aesthetic concerns: can you get lost in band’s luminous electric guitar sounds, glazed gently by reverb and distortion and treble? Is Martin Courtney’s sincere tenor too sleepy? Do you expect a rhythm section to be, um, particularly rhythmic?

If you find it boring, that’s one thing; I have a feeling actual Real Estate grudge-holders are the sorts of people who rate their music and its attendent masculine self-identification on scales of volume/distortion/ear trauma/flannel. They’re too polite to say it (ironically enough), but let’s be real: they’re thinking “Listening to music that doesn’t rock makes you a pussy.” Guess what, brah: obeying gender dogma makes you a pussy. Because how could you seriously hate this music? Listen from across the room and you’ll hear melodies as smooth and softly constructed as a silk pillow; come closer and your headphones will get cozy with an intricately technical guitar fabric that belies the band’s slacker image.

Though the harmonies are less prominent and the guitars aren’t Rickenbackers, the band’s foremost influence appears to be the Byrds, whose “Mr. Tambourine Man” and “Turn Turn Turn,” among many others, also offered subtle songwriting dynamics, percussion-as-ornamentation and gorgeously high-end-centric guitar tones. Less obviously, fans of the Clientele will hear much of that band’s daydream lyricism and exacting but gentle guitar approach, if not exact sonic parallels. Real Estate’s “Wonder Years” recalls the Smiths with its shimmering minor chords, along with the line “I’m not trying to be cool / I’m only trying to be kind.”

If nothing else, Days tries very hard to be kind. Its songs create a welcoming space for reflection that’s not so much empty nostalgia as it is a shelter against the world to come. Courtney seems to do his best thinking in more natural climes: in songs such as “Green Aisles,” he pictures “mountains of maple leaves” and a protagonist homeward bound through the trees after “all those wasted miles.” When he sings, “Our careless lifestyle / it was not so unwise now,” he nods toward an uncertain present that the past can’t sustain. “Younger Than Yesterday” returns to the seasonal motif: “No more light green leaves / this summer held no words.”

Days is a meditation on faded youth and time that slips away, as successful a well for rock songs and Willie Nelson ballads as sex and drugs ever was; to dismiss it as “chill” or lacking feeling hastily assumes an absence of the daily existential angst that goes hand-in-hand with adulthood. There’s no catapult that hurls you into your 20s and 30s complete with a handbook, two kids and a nice pair of leather shoes; you just have yourself and your experience, as little and useless as that may feel. Scare-quotes nostalgia is a means of rendering those feelings childish, shameful–as if aspiring to the heady emotions and physical indestructibility of one’s teenage years should be abandoned for flannel suits, desk jobs and numbness as a matter of course. It may not make for the year’s most exciting, innovative release, but it may well be its most meaningful: “Believe me when I say, it’s real,” Courtney pleads in “It’s Real,” and how can you not?

(Days is out now on Domino)