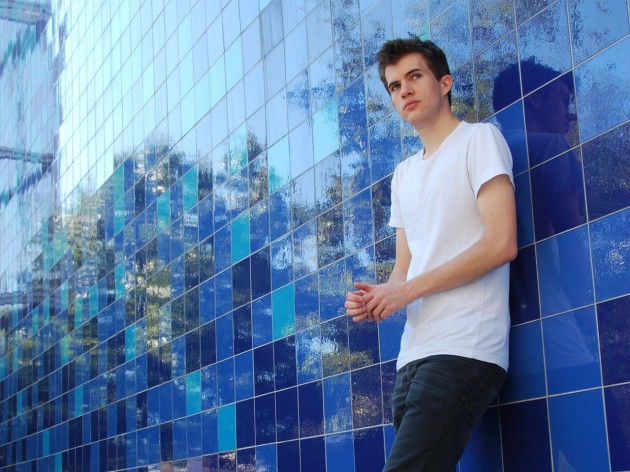 Mesita’s The Coyote is a tremendously impressive record: acoustic-driven, Bon Iver-style folk approached with the fearless inventiveness of Menomena or Shugo Tokumaru. Over the last decade or so, there’s been one or two truly creative folk records every year, albums like Michigan or Akron/Family or Yellow House. So far, this is the one. Here’s “Into the Wind,” which emerges from Norse rumble into a gorgeous Sea and Cake section. Buy it direct from the band.

Fear of Men’s “Green Sea” comes via Gorilla vs. Bear, who’s getting twee on us in his old age. This track’s not drastically unlike Allo Darlin’ or the UK’s other current guitar exports, but unlike its twee and folk colleagues, it comes with a healthy sense of psychedelic dread. Listen again and try to figure out when the trip went bad. The 7″ is due June 18.

The sweet songs of the Goodbye Radio’s The Year We Didn’t Have earned a rave review here a couple years back, and the group’s latest effort is a similar set of shimmering power-pop. The lead track’s the swooning “Love Won’t Save Me,” a song should satisfy your AM-era Wilco craving. Their new album is due June 5, with more songs available now on Bandcamp.