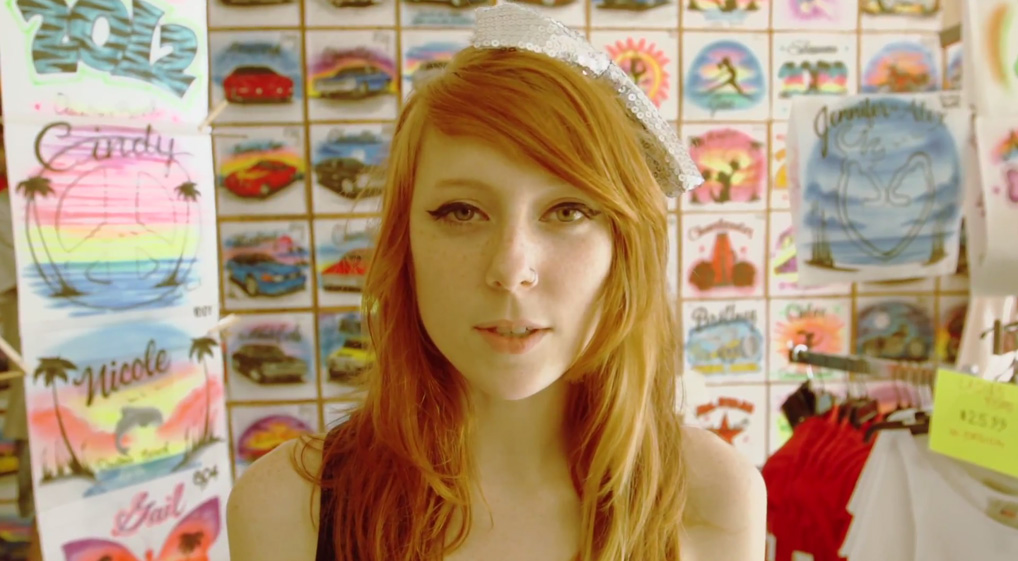 This is how I felt the first time I saw the video for Kitty Pryde’s “okay cupid”: “The beat is terrible, her flow is goofy and terrible, she has a pandering Supreme sticker on her laptop and the whole song is meaningless, boring pop culture references — it’s ‘Gucci Gucci’ with no hooks and no viewpoint, custom-designed to get posted on the Fader.”

First impressions are for jerks. It turns out there’s much to love about Kitty Pryde, who’s hiding a serious well of humor and savvy behind her low-budget beats and tossed-off delivery. Despite some earlier recordings and a handful of blog posts, Pryde’s effective introduction to the world came with the “okay cupid” video in May and an accompanying New York Times essay that compared her favorably with painfully uncharismatic viral stars Karmin. The video, though not yet viral, was dubbed as much during an explosive 48 hours of press, and thus another music industry creation myth was born.

In reality, Pryde’s still far from a household name — with less than half a million views, she’s not even a YouTube star. (Humble brag: until days ago, she was within a few hundred Twitter followers of yours truly.) But self-mythologizing is a crucial hip-hop trope, one Pryde smartly embraces on “Orion’s Belt”: she raps about being the “rap game Taylor Swift” and takes, er, pride in getting passed over by mixtape bastion DatPiff. Having haters means somebody cares about you; even announcing their existence means you matter. When she raps about “ruining hip-hop,” it’s with both knowing affection and from the outsider safety of white suburbia: why bother with the Talmudic restrictions of Hot 97-style “real hip-hop” cred when Danny Brown likes you and you’re being flown to New York to play shows?

It must be remembered, and repeated, that all genres are evolving orbits of ideas, eras and personalities. Hip-hop is not simply a static checklist of elitist qualifications: it’s Public Enemy in 1988, Nas in 1994, the Clipse in 2006. It’s Kitty Pryde in 2012. To say otherwise is to deny a bacon-eater the privilege of being a Jew. (Hope that’s working out for you, Chabadniks.) Classicist craftsman are essential to any genre, but art (and society) requires its share of progressives to keep it from collecting dust in a half-imagined golden era. It’s easy to look at Pryde and underestimate her. Like any educated liberal, she knows the rules: she just opts to break them.

Most of the self-released haha im sorry EP recognizes the putty-tenuous limits of her apparent fame and focuses its attention on more grounded, relatable subjects: crushing on boys, Adderall and singing pop songs into a hairbrush in her room, as she does on goofy “Call Me Maybe” rework “Give Me Scabies.” None of it’s especially professional: Pryde’s a teenager making music with her friends for fun, and the according rough edges have a lot of charm. Her sincerity here is backed up by her Twitter and Tumblr feeds, which are recent history’s most self-aware (and hilarious) real-time document of exploding Internet success. I hate the word “authentic,” but it applies to Pryde in the way it does to Miley Cyrus, who can’t help being 100% Miley at all times. That’s a compliment.

It’s a lucky thing that the stakes for Pryde have yet to rise in the way they have for Kreayshawn, whose disastrous major label single “Breakfast” should haunt the dreams of underdeveloped artists thrust into the spotlight. To Pryde’s credit, doing whatever she wants leads to pretty crowd-pleasing results: all of the beats are serviceable, with cloud-rap track “ay shawty: THE SHREKONING!!!!” floating on the waves of a melancholic string sample and tidal synths. On a technical level, Pryde’s not exactly a hard spitter, but she hits her marks and seems genuinely interested in being a sharp lyricist, stacking enough clever, breathless rhyming to make Lil Wayne blush. Next to Riff Raff’s Dadaist barking on “Orion’s Belt,” she sounds like a freestyle champion.

Pryde is not a meme, and haha im sorry is by no means a joke or even an apology: like most great rap, it’s smart, funny as hell and full of personality. The problem with being Taylor Swift is having to sell millions of records to 15-year-olds with generic big-city dreams; Pryde would do better to be the rap game Fiona Apple. haha im sorry is a promising start: if this little white girl is ruining hip-hop, it’s time to burn the mother down.