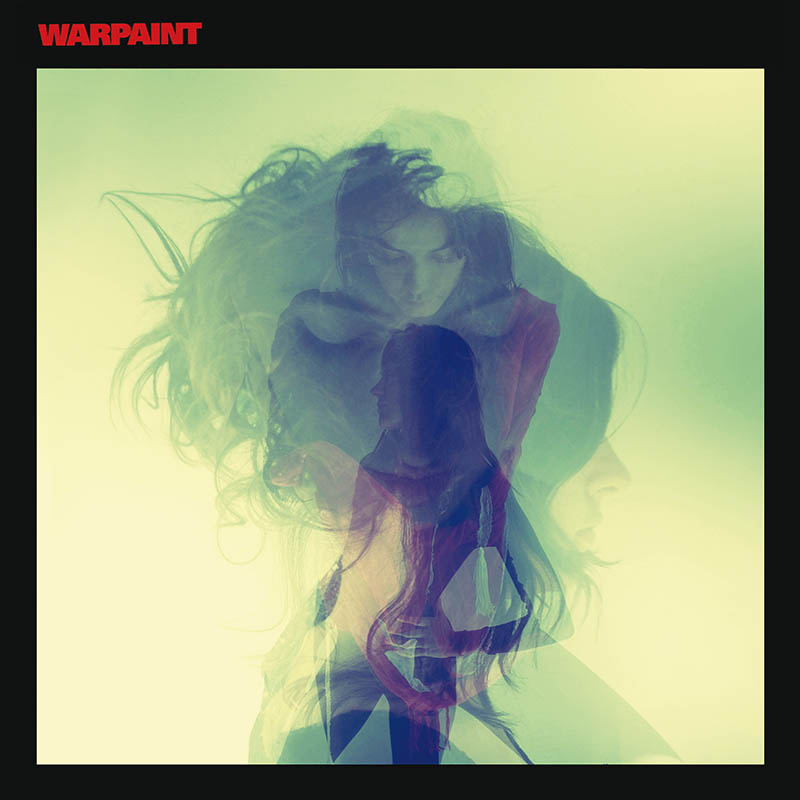 A brief list of the moments on Warpaint’s self-titled sophomore album that steal like guitar-playing magpies from Radiohead:

* The patient entrance of the lead guitar on “Intro” and the way the distortion layers coalesce borrows from “These Are My Twisted Words.”

* In “Keep It Healthy,” the song’s disorienting arpeggios evoke “In Limbo.”

* The clean lead guitar about 1:20 in during “Disco//very” is pure Jonny Greenwood.

* The ghost breakdown of “Go In” sounds like Thom Yorke is actually singing on it. (Is he? He is, right?)

Etc. None of these are bad things: I love hearing them. Presumably they hired Radiohead producer Nigel Godrich to mix the record for exactly the above reasons. And all of it is filtered through Warpaint’s own undeniable personality, which makes itself apparent from the opening moments of “Intro,” which leaves in a studio fuck-up as a goof. A goof, on a record this dark! It is a relief when a band reminds you that they know playing music is fun and they are not in fact applying reverb filters to their own belly buttons for a future museum/DIY venue exhibition. Warpaint is deep and mysterious and ripe for exploration. It is a relief.