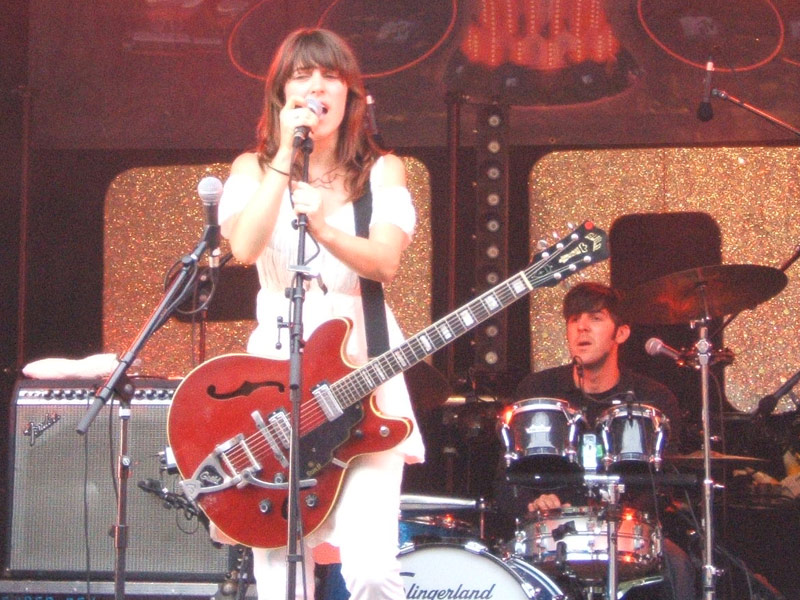 A little Feist retrospective, because Let It Die is way better than I thought it was and I can’t wait to see her live again.

Feist – “The Mast”: mp3
From the pretty much forgotten about Monarch, which is just as well because she’s honed her vocal chops quite a bit since then. This is a pretty nice alt-rocker all the same. The bit at 1:04 is so Buckley it’s ridiculous.

Feist – “Leisure Suite” (live with Tony Scherr): mp3
This is from the 2001 barely-released Leisure Suite EP. Feist begins to bridge the long gap between Monarch and Let It Die, but this skews pretty close to the first record.

Kings of Convenience – “The Build-Up”: mp3
She doesn’t come in ’till the second half, but if I ruled the world, she would do nothing but sing on KoC tracks and play the Henry Fonda Theater.

Feist – “Mushaboom”: mp3
You’ve already heard this song and love the shit out of it. You haven’t? You’re kidding.

Feist – “When The Month Changes Numbers” (live on WOXY): mp3
You want to hear what Feist really sounds like? See her live. The songs she was on stage for with Broken Social Scene were easily 5 million times better than all the other stuff they did, combined.