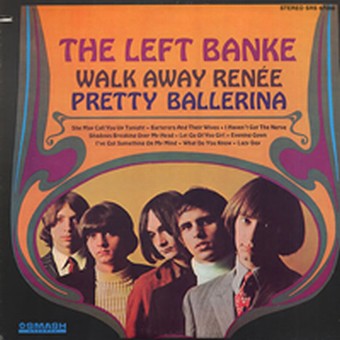 What with my girlfriend up north for the rest of the week, I’ve been listening to The Left Banke a lot. The band’s 1967 album Walk Away Renee/Pretty Ballerina is a like a self-help guide on how to be melancholic: Most of its songs are about the pursuit of the female, whether it’s disbelief at early acquiescence (“Pretty Ballerina,” which makes falling in love sound as depressing as falling out) or the hollow chest-thumping of rejection (“Let Go of You Girl”).

The vaguely psychadelic sound recalls Between The Buttons-era Rolling Stones; these are tracks that are crying out to be used in a Wes Anderson movie. On the whole, the album is remarkably consistent, a real classic from the era — perhaps it’s like the Big Star of the ’60s, doomed to languish as a critic’s favorite, but fans of Belle & Sebastian will be surprised to hear “Walk Away Renee” and realize that their favorite band’s shtick might be just that.

The Canon, Examined is a continuing series spotlighting the finest records to ever slip through the cracks.