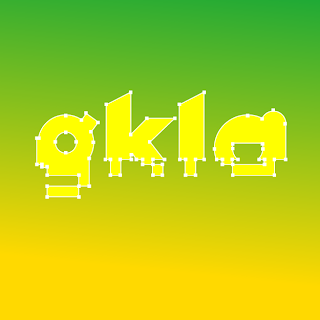 Welcome friend to yet another gkla mix. I am very excited about this one; it is easily the best yet and you’re going to like it. I tried to keep it summery this time – bright, hot, celebratory – and I mostly succeeded, though the ending does get a bit dark.
gkla mix – “summerize“: mp3

Get the track-by-track rundown after the jump. [Continue reading…]

Jackson 5 – “I Want You Back (Z-Trip remix)”
This one came out a couple years ago on the mediocre Motown Remixed comp, though this track is anything but. Z-Trip did this deconstruction at the height of his powers.

Next – “Too Close”
Besides the obvious novelty value of this 90s R&B standby (“The way that you shake it on me / makes me want you so bad – sexually“), also note the total recontextualization of the beat from Kurtis Blow’s “Christmas Rappin’.”

Daft Punk – “Something About Us”
Ah yes, one from the masters of this summer’s concert tour circuit – this ends the 100 bpm section.

The Human League – “Don’t You Want Me”
Breakup pyschodrama and a perfect singalong for the car, “Bohemian Rhapsody” be damned.

M.I.A. – “Jimmy”
Doesn’t it piss you off when your favorite song an album turns out to be a cover? This is M.I.A.’s English adaptation of Bollywood disco classic “Jimmy Jimmy Jimmy Aaja” from the forthcoming Kala.

Gary’s Gang – “Do It at the Disco”
What a song! This one came to my attention via Mr. Oizo’s “Patrick 122,” which I’ve used on other mixes. Flutes and xylophones reunited finally.

Calvin Harris – “The Girls”
So much cheek he must be British.

Feist – “My Moon My Man (Boyz Noise remix)”
I felt like I need to balance a song about girls with a song about boys.

The Rapture – “Woo Alright Yeah Uh-Huh (Simian Mobile Disco remix)”
This is where the mix starts to sound like nighttime agiain.

Basement Jaxx – “Where’s Your Head At (Ian Round remix)”
Ian Round detonates the original with a deceptively rich remix.

Justice vs. Simian – “We Are Your Friends (Scottie B., King Tutt and Samir remix)”
They forsake all the elements of Justice’s überremix but the vocals, which proves my original thesis that the entire appeal of “We Are Your Friends”= is the push-and-pull of a swing-feel vocal against a straight rhythmic foundation.

Chromeo – “Fancy Footwork (Guns and Bombs remix)”
This remix has the odd characteristic of actually sounding like its remixers name. This is not a dance track; it’s a war zone. It also seems to cross the line from disco eruption to heavy metal track. I fail to resist the temptation to twiddle knobs as this one plays out.