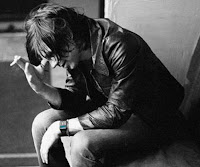 Ryan Adams, blogger extraordinaire, has apparently been recording some music in his spare time: demos for both a solo record and one with the Cardinals are done. That’s great news, especially with the box set still up in the air and only a few dates announced for the Oasis/RA MEGATOUR.