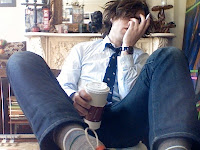 Both of these things bum me out, but at least he’s right about Gold. Some choice quotes from his recent blogging after the jump. [Continue reading…]

1. I never dated Alanis Morrisette. But she is very nice. But I never even went on a date with her. I met her through Ethan Johns and she was just you know one of the nicest people ever and very inspiring so i thanked her several times on a record I made called GOLD which was over-long and maybe half good.

2. I never dated Winona Ryder, but she is my friend and I will always love her. She is so fucking smart and so fucking under the micro-scope I can’t imagine how she pulled through, but no, I was never her boyfriend. I was and am her friend. She is as hot as the sun in a hot tub on itself though and everybody knows that.

4. …I only used speedballs (snorted not shot) at the end of my drug use, which was parallel to my last romance. I am in recovery for both things.

9. I hate HATE country music. I always have. I “reference” it when I make music that sounds like that, the way a director would use water as a backdrop for a svcene with a shark in it. But I cannot stand country music one bit. unless the Grateful Dead are messin round with it. Then it is tolerable.

Who are the five? Jessica Joffe, Parker Posey, Carrie Hamilton, maybe Beth Orton… sorry, didn’t mean to get all Gawkery there. The post also debunks the whole “Summer of ’69” tantrum story, which Ryan never really seemed blameworthy for anyway.