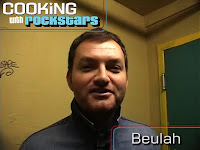 In celebration of Cinco de Mayo, long silent ex-Beulah frontman Miles Kurosky has graced us with his first new music since the 2003 release of Beulah’s Yoko. The song is a mini-epic, offering more hooks in its segmented four minutes than most band’s entire albums. All of those segments, of course, sound like Beulah; if the whole album’s this good (and how could it not be, right?), pencil in a spot on your 2008 AOTY list.

Miles Kurosky – “An Apple for An Apple”: stream