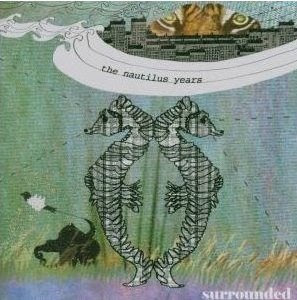 It’s been a while since the heyday of the Flaming Lips and Mercury Rev, whose late ’90s opuses (The Soft Bulletin and Deserter’s Songs, respectively) broke new ground for spaced-out Technicolor dream-pop which the rest of the music scene promptly forgot about after the Strokes. Until now. Surrounded‘s tremendous The Nautilus Years sounds like nothing less than a lost Rev or Sparklehorse album from that golden era, filled with hushed vocals contrasting with big, vibrant arrangements.

Take “Safe Sun Tomorrow,” which opens with an arpeggiated guitar and wavering synthesizer before Marten Rydell’s hopeful whisper enters, singing about a “safe tomorrow sun” with today’s heavy heart. Makes you wonder why bands stopped sounding like this. Drowned in Sound gave it a 9/10, and while we don’t do scores around here, I’m certainly not going to argue it.