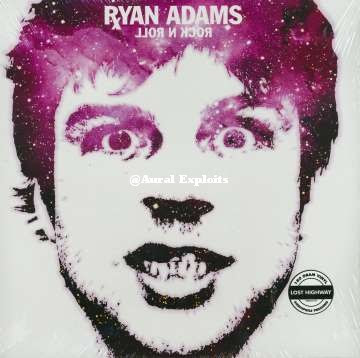 Blogging/real-life trainwreck Courtney Love (2nd place in the “Who’ll Die First, Courtney or Winehouse” ongoing poll in my head) is alleging on MySpace that Ryan stole $858,000 to fund Rock N Roll back in 2003. I find this relatively hard to believe considering I’m reasonably sure dude recorded the album in a week under the Hi-Fi bar in the East Village — not exactly prime studio time, right?

She also sorta says they had sex but unfortunately she has the grammatical abilities of a, well, typical MySpace user so it’s hard to tell. This may or may not connect Kurt Cobain to Mandy Moore (to Billy Corgan agghhhh!).

For the record, I think Rock N Roll is a great album, the same way What’s The Story (Morning Glory) or Back In Black are great albums. It’s a big, dumb, fast, loud rock album with killer riffs and great hooks. It’s also an awesome Replacements tribute, and U2 may or may not have borrowed the riff from “1974” for How to Dismantle an Atomic Bomb‘s “Vertigo.”

RnR and Love is Hell are two of Adams’ finer, more focused releases, but as his real break from alt.country after the still-folky Demolition, they’ve always been misunderstood by a three-chord ballad lovin’ public. A songwriter with range?! Imagine that. I’m not the only one who feels this way, either — high-fives to my dudes at Vulture for making the case as well.