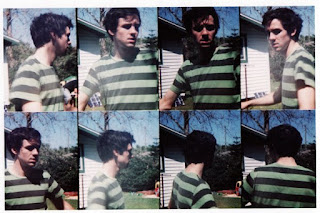 The best things (read: MP3s) in life are free, but they get even better when bands, not bittorrent, make them available. RickoLus‘ Winters Daughter is an absolutely breathtaking album, a record so good the band should be charging a premium for it, like raw denim or organic milk. But the unfortunately named act is giving away its opus on its website, which means the Internet (I’m looking at you, fellas) has no excuse if this album doesn’t show up everywhere come list-making season.

Winters Daughter is as crisp and snowbound as the title imagines, a melange of richly recording chamber-folk that touches on the darker, Gothic efforts of Bonnie ‘Prince’ Billy, Sigur Ros and even Radiohead. Singer and one-man-band Richard Colado channels Thom Yorke’s siren wail on “Galesong,” while a vocal filter pushes “Maryn” closer to Sparklehorse territory. Eerie piano notes linger; guitar distortion quivers; cymbals crescendo; multi-tracked choirs sigh. It’s all remarkably captivating, a stormy concept album with all the thematic gravity of the changing of the seasons. One of the finest tracks on Winters Daughter is “Walk to the Moon,” but Colado sells himself short; RickoLus is running, to the first star on the right and straight on till morning.

(Winters Daughter and other albums are available on RickoLus’ site. Please, please make a donation. Photo by Sarah Colado)