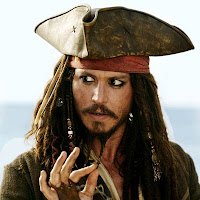 From the Wall Street Journal, emphasis mine:

A new generation has been inspired to create in a way our generation could not imagine. And tens of thousands, maybe millions, of “young people” again get together to sing “the songs of the day or the old songs” using this technology. Not on corner streets, or in parks near their homes. But on platforms like YouTube, or MySpace, with others spread across the world, whom they never met, or never even spoke to, but whose creativity has inspired them to create in return.

The return of this “remix” culture could drive extraordinary economic growth, if encouraged, and properly balanced. It could return our culture to a practice that has marked every culture in human history — save a few in the developed world for much of the 20th century — where many create as well as consume. And it could inspire a deeper, much more meaningful practice of learning for a generation that has no time to read a book, but spends scores of hours each week listening, or watching or creating, “media.”

Yet our attention is not focused on these creators. It is focused instead upon “the pirates.” We wage war against these “pirates”; we deploy extraordinary social and legal resources in the absolutely failed effort to get them to stop “sharing. This war must end.