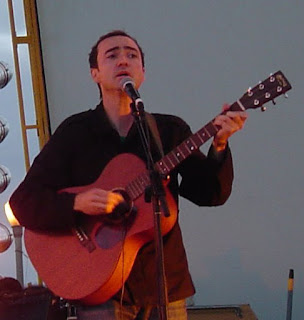 Spotted these guys walk in and sit together in the VIP balcony, complete with matching beards, at the Los Angeles premiere of the Flaming Lips’ cinematic opus Christmas On Mars last night. Reasonably sure they were right next to Shirley Manson, too. Given the hi-fi, watery quality of the production on the Shins’ last album, Danger Mouse might be a good fit for their next effort, which reportedly will likely be self-released. Update: According to Variety, of all places, these guys have been hanging since June.

Review of Christmas On Mars on the way. Spoiler: Wayne Coyne loves vaginas!