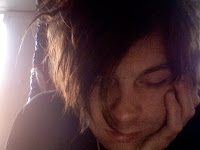 Proving that his demos are as good — and sometimes better — than his studio albums, Ryan Adams‘ latest release is a tune called “Annihilator.” Though it starts out with “Cinammon Girl”-y chords, the song’s not out to destroy anything, except its singer’s sad memories. “When I dream, I wake the second you see me,” Ryan sings with a melancholic warble, more Love Is Hell-lorn than Cardinologizing. It’s as good as anything on the leaked Elizabethtown Sessions, and with Billboard reporting that he’s just tracked Dear Impossible, another album’s worth of demos, we may get a great new Ryan album this year yet, one way or another.