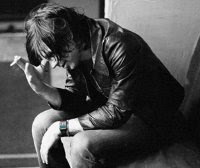 “I will walk away now and it will not matter what anyone says. There are other things I can do in this life, other ways to be creative,” Ryan Adams writes on his blog. He adds that his shows in March will be the last with the Cardinals. The guy sounds really morose about the whole thing — about being considered an “asshole,” his lukewarm critical reception (which I’ve always argued against), about having his blogging misquoted — and I can’t say I blame him, considering he’s the closest thing we’ve got these days to a Neil Young and, like Neil and Tonight’s the Night, his best work has gone underappreciated or worse, vilified. Take your time, Ryan — but please, do us a favor and put out the box set while you’re off.