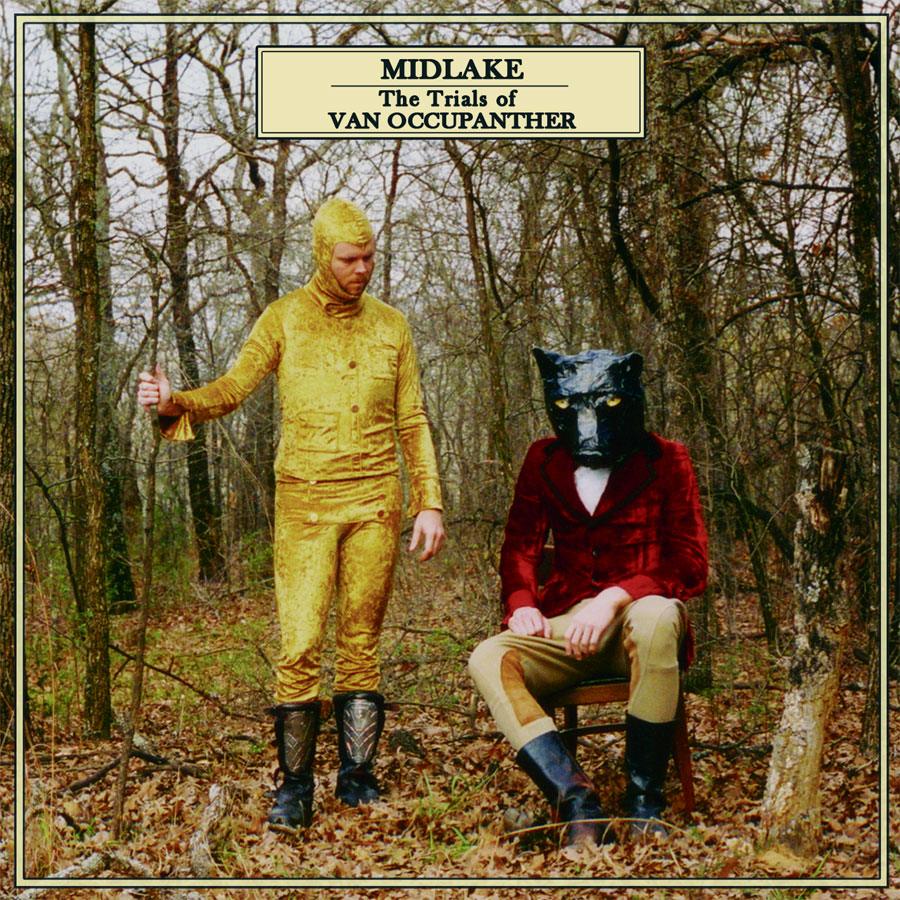 If John Vanderslice hadn’t once told me that “guitars and marijuana love each other,” I would’ve described Midlake’s The Trials of Van Occupanther as ol’ JV smoking a few bowls and throwing on his Time-Life: AM Gold box set. Of bands of recent vintage, Midlake’s wide, crisp production recalls the open arms of the Acorn’s acoustic guitars as well as the aforementioned Vanderslice resemblance (the vocal similarities are uncanny, though not distracting), but it’s the past that drives their words. I missed Midlake when they released this album in 2006, but their influences are no less evident now – Fleetwood Mac, the Eagles, a little Crosby, Stills & Nash.
Singer Tim Smith has noted Jethro Tull as an influence, and songs such as “Bandits” and the title track certainly peer back at folktales and mythology in the same way Tull’s more historical-minded material did. Like the post-Woodstock soft-rockers walling themselves inside Joni Mitchell’s garden, Midlake uses naturalistic themes to retreat from a world now 30 years closer to metallic dystopia. “No one lives to be 300 years like the way it used to be,” Smith sings on the pointedly titled “We Gathered In Spring.” “On this hill, nothing grows except greed.” On “Chasing After Deer,” he notes, “The woods are usually kind.” “Branches” evokes Stephen Stills’ best love songs in its simple portrait of a distant partner: “We won’t get married / ’cause she won’t have me… and there’s no one else so kind / there’s no one else to find.” But there’s a more complicated subtext at work: “Head Home” ostensibly narrates a life gone awry until revealing “there’s someone I’d like to see / she never mentions a word to me / she reads Leviathan,” Thomas Hobbes’ 1651 tract on the social contract.

That reference is the most obvious example, but it’s clear that the songs are less drug-driven hippie drivel (see: America, “Hotel California”) than an attempt to grapple with issues that have only advanced in the ensuing centuries. A thick synth tone appearing early in “We Gathered In Spring” seems to spotlight the crux of the matter: encroaching technology brings opportunities for beauty even as it leads us away from more earthy emotions — and relationships. The album closes with “You Never Arrived,” a spiritual successor to earlier track “Head Home,” and an admission that Midlake knows we have a long way to go before we can rest our heads. At least they’ve given us the soundtrack.

(The Trials of Van Occupanther is out now on Bella Union)

Old Music: Jams from across time and space. Click below for more.