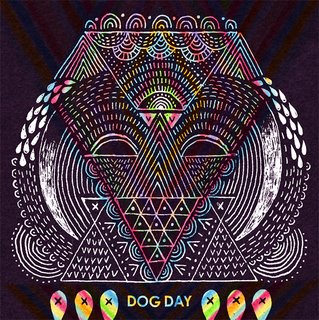 My Cokemachineglow colleagues and I have been marinating over Concentration, Halifax act Dog Day’s latest album, for a few weeks now, and we’ve concluded the following: It’s good! A nuanced pronouncement, I know, but Concentration does require a bit of focus to get a handle on. At once gritty and sing-song, the songs nod to Dinosaur Jr.’s guitar tones and Yo La Tengo’s male-female interplay without referencing anyone too explicitly. There’s a sense of rock ‘n’ roll mystery on even the most buoyant tracks, such as “You Won’t See Me On Sunday,” a song that bursts out of the gate with a I-V chord change before turning minor and promising “I am faithful to her” while sounding anything but. It’s not quite power-pop, but it’s too pretty to lump in with its noisier influences. Albums of this sort usually get squeezed into formlessness in the middle of the road, but with Concentration, Dog Day have taken their lump of indie rock clay and sculpted themselves an album with enough weight to deserve your full attention.

(Concentration is out now on Outside Music)