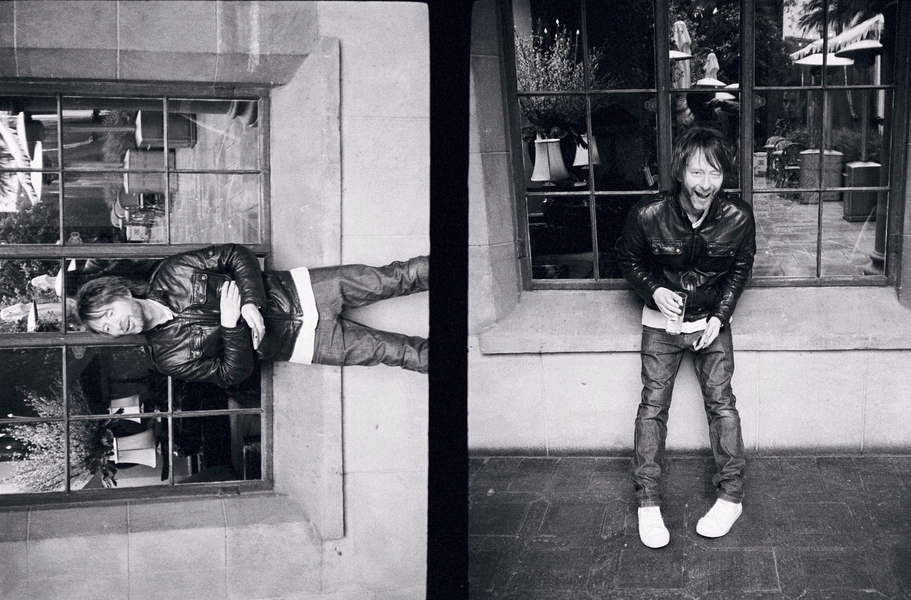 Thom Yorke in Los Angeles above and Jonny Greenwood in the studio after the jump, via Dead Air Space. Radiohead is currently in the studio with longtime producer Nigel Godrich recording its follow-up to 2007’s In Rainbows, an album you might remember me mentioning. Nigel’s also been involved in Beck’s recent Record Club studio sessions, so maybe dudes are all in L.A. having epic bro downs? A blogger can dream. 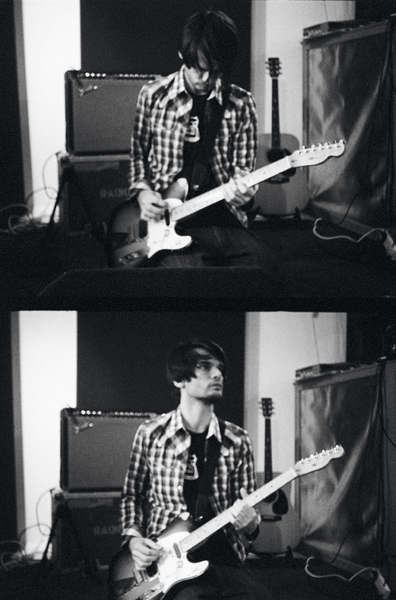