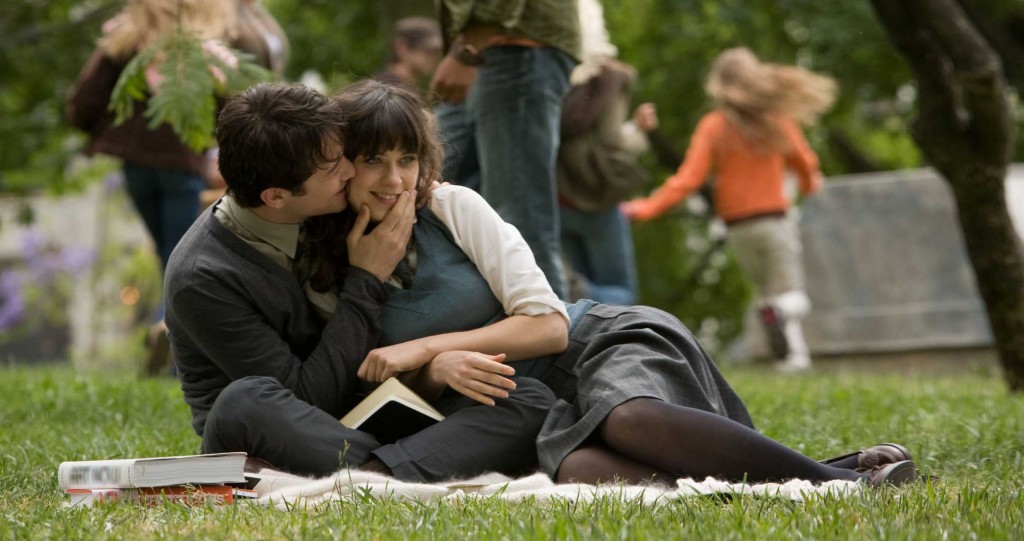 There are so many things right about (500) Days Of Summer that I barely know where to begin praising it. I suppose we can start with it not being Garden State. Or Juno. Or Away We Go. Instead, the film, which stars Joseph Gorden-Levitt and Zooey Deschanel as an on-again, off-again semi-couple, flushes every bad cliche and infuriating quirk of recent vintage indie romantic journeys (the film itself warns the audience that it’s “not a love story” in its opening minutes) down the toilet in favor of a bittersweet movie about disarmingly real people. The script is alternately breathtakingly sad and laugh-out-loud funny, but it’s full of lines people would actually say; the stars are warm and lovable, except when they fuck up — at times, you want to hate them, or yell them into action. There are a few breaks from “reality,” the occasional dream sequence or High Fidelity-esque direct address (and an excellent soundtrack fills the film), but these are all just clever devices sprinkled like Funfetti and chocolate chips over the movie’s hearty flour-and-eggs center. It’s the best movie I’ve seen all year and the best movie about the twists and turns of modern relationships since at least the much, much sillier Forgetting Sarah Marshall, and even that can’t help but pale in comparison. Go see Summer. Go fall in love.