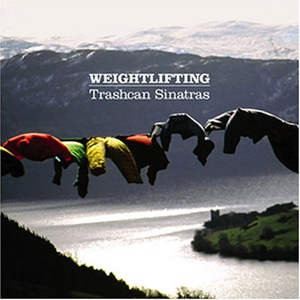 I wrote recently about the Trashcan Sinatra‘s new album, In The Music, calling it “effortless” pop. But the Sinatras have never sounded more liberated than “Freetime,” the best track from 2004’s Weightlifting — my introduction to the band, and an unexpected mid-career peak. It’s hard not to hear the shimmering “Freetime” as Scotland’s answer to Radiohead’s “Let Down”: soaring but jangly, anthemic but open-armed. If you missed it a few years back as I did, it’s not too late to carry that Weight.