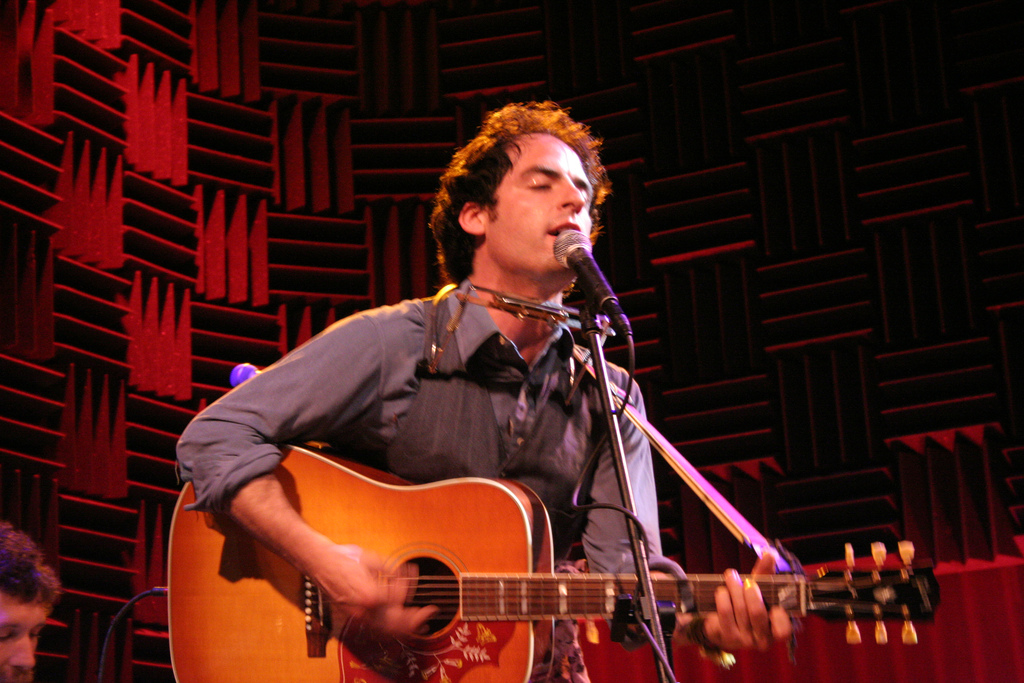 If it’s not obvious enough on their records, Alec Ounsworth, Clap Your Hands Say Yeah’s frontman, is a pretty willful young dude. Willful enough to release two albums, Ryan Adams-style, this year, one under his own name — the upcoming Mo Beauty — and Skin & Bones, his debut disc as Flashy Python. Ironically, the album (out now and streaming below, surprise!) ignores the band name in favor of murky, serious-sounding indie mired in Elephant Six-y sludge. Not as crisp and tuneful as Clap Your Hand’s debut but certainly an improvement on the (probably) intentionally unlikable Some Loud Thunder, Flashy Python won’t surprise any of Alec’s fans, but it’ll get its coils around you just the same. The title track is the album’s best moment, a freewheelin’ guitar carnival that lets him gets his Tortured Artist ya-yas out while also providing necessary jam-fodder. Stream it all after the jump. [Via P4k]