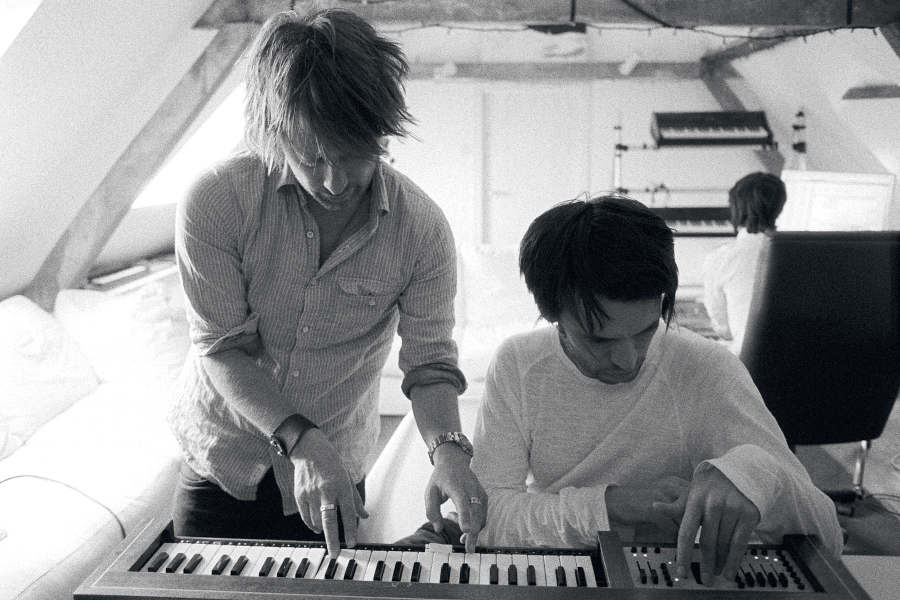 No ifs, ands, or buts about it — that song that mysteriously leaked onto the Internet this week with those Johnny Greenwood-sounding guitars, those Phil Selway-sounding drums and that Thom Yorke-sounding singing couldn’t be by anyone other than Radiohead. We’ve all got ears, right? The real question is what the hell “These Are My Twisted Words” is. A loping, lengthy track that sounds tremendous and hands Death Cab’s “I Will Possess Your Heart” a masterclass on how to play a damn intro, it does seem a tad unfinished. Could it be a leaked demo from the band’s recent studio sessions?

It wouldn’t be the first time Radiohead materials came out before their time (see: the unmastered, maybe-better version of Hail To The Thief). But Stereogum‘s done some detective work and the more likely answer is that the band is preparing to spring an EP on us, supposedly titled Wall of Ice, on Monday. Tellingly, Wallofice.com links directly to the band’s new digital store, which the label-free act promoted recently by debuting a one-off charity single, “Harry Patch (In Memory Of).” And more tellingly, the band’s blog — Dead Air Space — hasn’t been updated in 10 days, strange given its recent regularity and the fact that the Internet-savvy band has certainly seen the leak unless they’re on a tropical vacation without their iPhones. So, uh, cross yr fingers!

Radiohead – “These Are My Twisted Words”: mp3 (left-click)