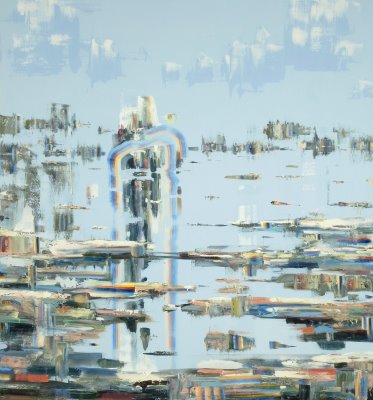 If you’re reading this blog, you’ve probably heard of chillwave/glo-fi/hypnagogic pop — over the closing weeks of summer, sites such as Pitchfork, Stereogum and Gorilla Vs. Bear have had a(n Animal) collective circle-jerk (and I mean that in the best way) over the emerging genre like few others of the post-Garden State era. Probably ’cause it’s awesome. Near as I can tell, chillwave is the lo-fi answer to the ’90s’ downtempo/chill out movement — spacey, dance grooves filtered through varying degrees of fuzz, New Age and ’80s nostalgia.

Where it ends and balearic pop (or, say, Cut Copy or Boat Club or, uh, Brian Eno) begins is tough to tell, but there’s no question Memory Tapes is among the best and brightest of the coalescing genre’s acts. Chillwave has until recently been singles-driven; Memory Tapes, who also records as Weird Tapes, Memory Cassette and Major Lazerdisc (not really) has released what might be the first album-length statement for the movement with Seek Magic. On tracks like “Bicycle,” the beats thump but the filtered vocals create a distance — a sad gap impossible to cross. Memory Tapes do not have hugs for you if you were born in the ’80s, the ’80s.

(Seek Magic is out now; new tunes on the regular at the Memory Tapes blog)