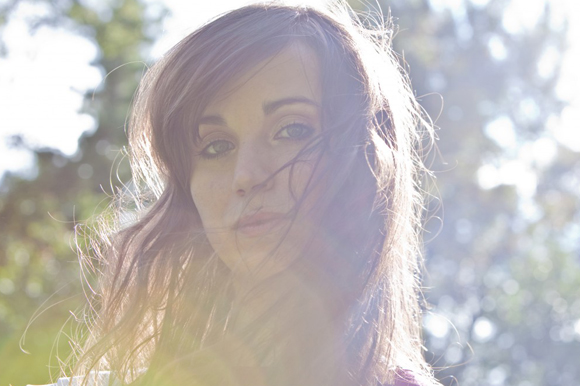 I wasn’t at New York City’s CMJ 2009, but luckily the Internet was – and, thank God, they have Twitter. With the cool kids’ Tweeted recommendations in mind, I’ve subjected myself to a CMJ marathon right here in sunny Los Angeles via MySpace and Mediafire to bring you the best of the festival – the bands that, in the parlance of our time, were killing it.

Holly Miranda – Likely the least lo-fi of CMJ’s acts, Miranda trades in gutter guitars for ethereal electro-pop that touches on the lovelier sides of Radiohead and Portishead.

Twin Atlantic – Edgy Glaswegians in the nail-biting, mid-‘90s emo vein of contemporaries Bombay Bicycle Club. Interesting to hear a foreign take on what’s essentially been a homegrown genre up until now; Twin Atlantic may not be its most developed ambassadors, but I look forward to more.

Young Prisms – Drone-y basement psych from San Francisco blunt-smokers – there’s some sharp songwriting buried under the haze, but you’ll have to be a regular Gorilla Vs. Bear reader to hear it. They play the Smell on January 6 next year.

The Temper Trap – Not a new band to many, but new enough to me (had ‘em confused with the decidedly inferior Passion Pit) to holler at here. The Aussie quartet (who had a jam in “(500) Days of Summer”) are sort of the Bon Iver of post-Interpol post-punk: broad, spacious sounds bedding a soaring falsetto from frontman Dougy Mandagi. The difference being that dude left Garfield at home before recording his vocals.

On the other end, not every band that was buzzed about translates so well outside of a boozed-fueled, Levi’s sponsored Fader fort. Among the weakest of last week’s name-drops:

Pete and the Pirates – The Arctic Monkeys for Bud Light Lime drinkers.

Jeff The Brotherhood – Not quite retro, not quite lo-fi, not quite punk – not quite anything, really. Except really boring.

The Almighty Defenders – The rare Beverly Hills act that proves you don’t have to live in Brooklyn or Silver Lake to make terrible garage bullshit. (As a lot of the CMJ bands proved, you can do that wherever you want.)

Surfer Blood – Let me be the first to say fuck this stupid band and their “Weezer… in a garage!” shtick. Weezer wrote a song about playing in garages once. It was called “In The Garage.” It was awesome. Go listen to that.

Finally: Props to my pals (full disclosure!) The Main Drag and Darlings for playing the fest (and for Darlings’ SPIN mention!) where I’m sure they brought the jams.

End Note: This list excludes Cymbals Eat Guitars, the XX, The Antlers, the Smith Westerns and bands already relatively indie famous, as well as stuff I’m on the fence about (Bear in Heaven, the absurdly gushed over Walkmen-lite of Suckers).

What did you think, folks? Any CMJ surprises?