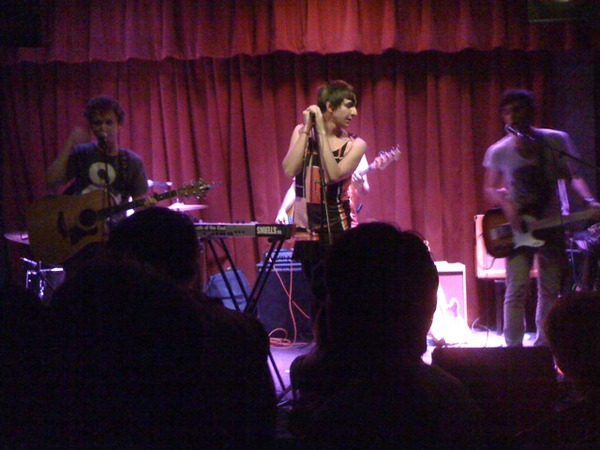 Future kings of indie rock The Main Drag hit the stage at New York City’s titanic CMJ 2009 festival around 1 a.m. this morning, where fan Alan Wilkis Tweeted they were “killing it.” (Much like every band at CMJ, apparently.) Look for news about The Main Drag’s forthcoming third album’s release in this space, folks. Anyone check them out last night/this morning? Any CMJ stand-outs us L.A. kids need to know?