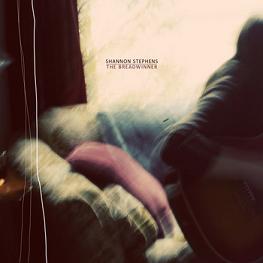 While not quite the Stevens I was expecting from Asthmatic Kitty Records this year (2010, pals), Shannon Stephen’s breathtaking The Breadwinner is just as welcome — and maybe more so, given the decade-long wait following her self-titled debut. Stephens also served as frontwoman for Sufjan’s undersung Marzuki, but The Breadwinner shares more in common with White Hinterland’s recent gem Phylactery Factory — it’s a set of intimately recorded, lush, jazz-tinged singer-songwriter pop that’s as sweet and joy-inducing as spiked eggnog at the office Christmas party. White Hinterland’s Casey Dienel offers more vocal acrobatics, but Shannon sings much like Sufjan — serious and straightforward. What she sacrifices in fey charm, she makes up for in heart-tugging, especially on slow-burners such as “In Summer In The Heat.” With the blogosphere obsessed over pretty young things with keyboards and sparkly makeup (and completely unmemorable songs) these days, let’s make a little room for Stephens in our hearts/playlists, OK?

Shannon Stephens – “In Summer In The Heat”: mp3

(The Breadwinner is out now on Asthmatic Kitty)