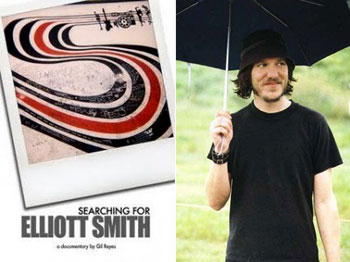 An Elliott Smith documentary, Searching For Elliott Smith, is beginning to make the festival rounds — the first such movie to examine the life and untimely death of the troubled, peerless musician. Some of Smith’s friends and colleagues have been reticent to talk about him in the wake of his death — the new film’s claim to fame is an interview with his girlfriend, Jennifer Chiba, who bore the brunt of the maelstrom of criticism that arose after an investigation into Smith’s passing — previously considered a suicide — proved inconclusive. The Playlist has a good rundown of who has talked and who hasn’t and why the film matters; I will recommend the December 2004 issue of SPIN, Autumn De Wilde’s wonderful book (which doesn’t deal with the heftier issues behind Smith’s death, in favor of celebrating his life) and ask that you approach Ben Nugent’s Elliott Smith and the Big Nothing with caution. It’s not a bad portrait of Elliott, especially of his early years, but because of its lack of interviewing breadth and some notable factual errors, I won’t entirely endorse it. Hopefully the new film sheds some further light on one of the great musical tragedies of our time — and why he’s worth remembering.