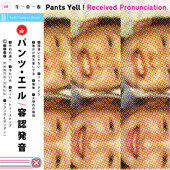 Get it from wherever you want, but it would be foolish to pronounce Pants Yell!’s latest album as anything other than “great.” Received Pronunciation marks the band’s debut on reawakened twee giant Slumberland Records, and they picked the right record to start on. It’s their best yet, a crisp collection of simple, deadpan guitar pop at home next to Math and Physics Club or even Weezer’s Blue Album, were its sweaters Fair Isle and not being destroyed. Singer Andrew Churchman is blessed with one of those perfect indie-pop voices — sincere but serious, emotive but elegant. Get these guys a slot on Juno 2: Burger Phone Babymama already.

(Received Pronunciation is out now on Slumberland)