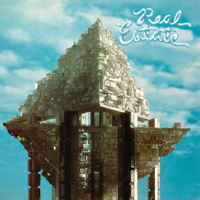 As a lifelong Southern Californian, it’s hard not to link songs about surf with the Pacific coast — but Real Estate’s “Beachcomber” shies away from the sun for a jangly trip to the Jersey shore (though not, for better or worse, Jersey Shore). The New Jersey band’s lo-fi, forlorn sound has earned them comparisons to the dreamy likes of Galaxie 500, but I hear more of Palace Music’s “Gulf Shores” or the Silver Jews’ airier inclinations in their insistent sorrow — even a little of Elliott Smith’s Texas-tinged early stuff (“Kiwi Maddog 20/20”). One more exciting new band in a year full of ’em.

(Real Estate’s debut is out now on Woodsist)