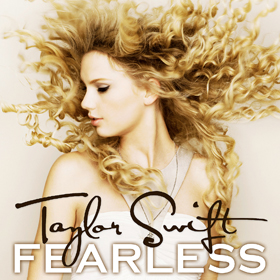 Watching the Grammys is like going to a dance party on the Titanic. That said, raging mindlessly against the mainstream is just as bad as following it – and since I was forced to watch the show, some brief thoughts:

· Phoenix won Best Alternative Album. Hey, awesome!
· Neil Young won his first-ever Grammy – for Best Boxed or Special Limited Edition Package. This is really all you need to know about the taste quotient of Grammy voters throughout history.
· Jon Brion lost in the Best Engineered Album category to Ummm watcha saaa—Imogen Heap.
· Rob Cavallo won producer of the… wait, Rob Cavallo, who produced Green Day and Dave Matthews Bands’ multi-nominated albums, wasn’t up for producer of the year? Really?
· Folk legend Ramblin’ Jack Elliott – an early influence on Dylan and a current rad dude — picked up Best Traditional Blues Album.
· Women dominated the awards, with Beyonce, Taylor Swift and Lady Gaga earning a dozen between them.
· “Single Ladies,” unstoppable jam, was rightfully named Song of the Year.
· Apparently Kanye West felt Paris Fashion Week was more important than the Grammys. Regardless of his past fuck-ups, dude’s one of the only geniuses rap has left – let’s hope he’s not giving up on music.
· Lady Gaga’s unreal opening performance, right past the point where one of her dancers dumped her into a fiery furnace and plopped her out next to Elton John, set a bar the rest of the night didn’t even bother reaching for. The only thing you need to YouTube.
· Except for Beyonce doing an Alanis Morrissette cover (huh?) and Bon Jovi doing the ageless, epic “Livin’ On a Prayer.”
· Dave Matthews Band got robbed. Look – I’m a Taylor Swift fan. An apologist, even. But Album of the Year was DMB’s category to lose. They had a heartbreaking story (losing a founding member) and produced the best, most vibrant album of their careers since 1998 high-water mark Before These Crowded Streets. Say what you will about Dave, but his band is one of the most original mainstream acts of the last 20 years. In the last decade, legitimate rock albums by bands who have become popular since the disco era number exactly one Album of the Year win – U2’s “How To Dismantle an Atomic Bomb” – and country/roots has actually done much better, with wins for Robert Plant and Alison Krauss’ Rising Sand, the Dixie Chicks’ Taking The Long Way and the Oh Brother, Where Art Thou? soundtrack. Methinks Taylor Swift protests too much when she spoke of bringing the award home to Nashville.
· Taylor’s success has met with a bit of backlash – namely, the “Taylor Swift can’t sing!” camp. She sounded pretty poor tonight, even alongside Rapidly Aging Stevie Nicks. (Which was a cool moment nevertheless; where’s the Joanna Newsom/Stevie duet, Recording Academy?) She’s 20 years old and just won Album of the Year – the youngest artist ever to do so, and particularly noteworthy given the Academy’s recent history of awarding singers on the verge of zombiehood. This is her turning point: She could quit the business entirely and go straight to Hollywood rom-com stardom (first in line!), listen to Bob Lefsetz and bury herself in the Joni Mitchell discography and start making serious singer-songwriter records or, the most likely and least rewarding alternative, listen to her manager and her record label and crank out another album about princesses. Fingers crossed for her to make the right choices, but only time and the 2011 Grammys will tell.