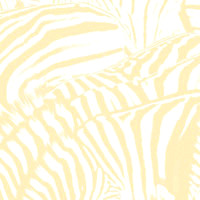 On its previous albums, 2008’s Devotion and its 2006 self-titled debut, I dismissed Beach House as a listless Yo La Tengo, another Brooklyn-embraced duo that was all emperor, no clothes. Teen Dream, the Maryland act’s third effort, is a leap forward broad enough to cross the Hudson. From the opening notes of “Silver Soul,” it’s clear the band has come into its own: woozy guitars slump back and forth in a nod to My Bloody Valentine’s Kevin Shields’ glide guitar technique without the drag of that band’s sonic bombast, keyboards chime steadily beneath and singer Victoria Legrand steps to the forefront as, at last, one of indie rock’s most evocative interpreters. Her vocals, not as effortless or dryly tuneful as, say, Cat Power’s Chan Marshall or Yo La Tengo’s Georgia Hubley, respectively, opt instead for dark, damaged majesty, the perfect vehicle for grungy songs seeking to squeeze beauty from the gutter. Teen Dream is half romantic fantasia, half wounded reality — and entirely a triumph.

(Teen Dream is out now on Sub Pop)

Stream the album after the jump.