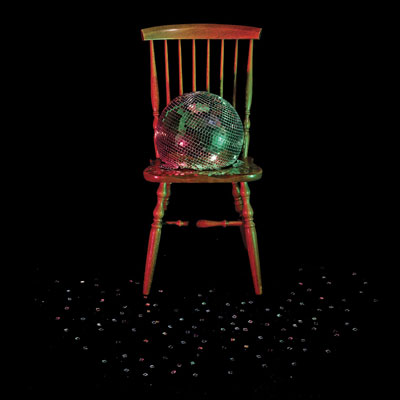 To call Jim O’Rourke’s The Visitor much anticipated would be akin to wondering if people are still looking forward to the second coming of Christ. O’Rourke fans are less multitudinous, and arguably less devoted, but nevertheless, after almost a decade of nothing but scattered vocal tracks on Loose Fur records since 2001’s Insignificance, we’ve been dyin’ over here.

But The Visitor is a maddening arrival. It is at once staggeringly ambitious — a single 40+ minute composition performed completely by the man himself, with nary a caustic vocal in sight — and curiously inept.

The lack of lyrics is disappointing enough, but Jim seems uninterested in anything approaching a pop structure even as he avoids the free range of his noise efforts. Melodies and movements start, stop and dither like Grandpa at Costco. A sad-eyed motif appears intermittently, but too often, the music flowers and wilts in a fit of desert pique before halting entirely and starting from scratch.

The Visitor is best compared to of Montreal’s Skeletal Lamping, another record that seemed more concerned with birthing ideas than exploring them. Still, like that album, The Visitor offers haphazard rewards. At the 8:30 mark, the drums last for the first time beyond a teasing handful of bars; at 11:30, the momentum returns and the album lies resplendent in galloping pastoral-folk bliss, the sound Jim does best.

To its credit, the album grows more focused with each ensuing movement, with a dazzling turn around the 22 minute mark like to be intended as the album’s climax. That leaves the rest for a comedown, though things heat up once again as the track draws to a close. Would that he would have learned from Mogwai epics such as “Like Herod” and gone, well, epic before cooling off.

If you can outlast its slow start and occasionally aimless segments, The Visitor offers enough to make itself welcome. After this long a wait, after all, the least we can do is let it rest its feet. But one can only hope that when O’Rourke returns again (and please, Jim, do), he’ll have a cleared itinerary and some snarky things to say about his ex-girlfriends and/or existentialism.

(The Visitor is out now on Drag City)

Previously: Best Of 2009: Albums of the Year